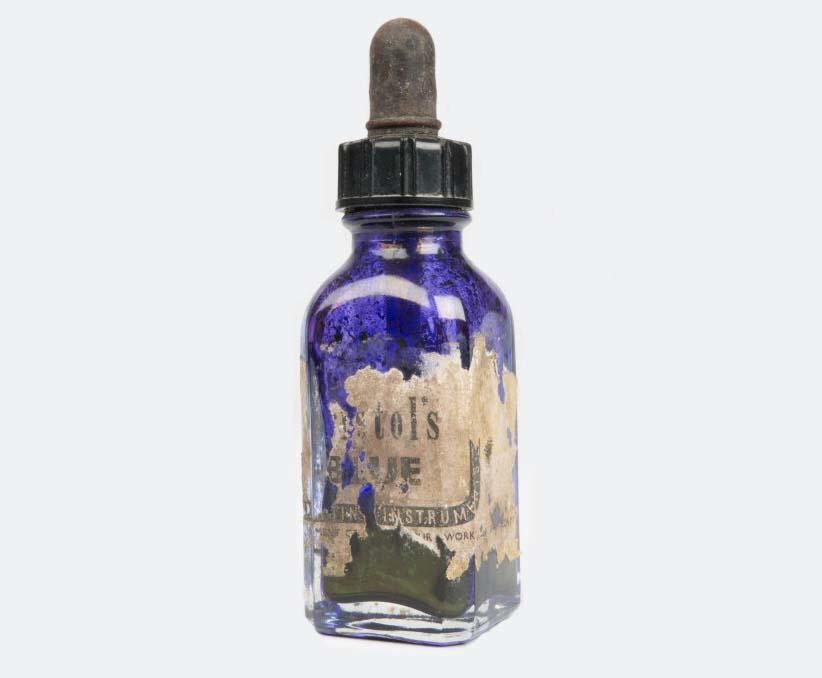 Biggar Gasworks made coal gas from 1839 to 1973. It was one of the first small-town gasworks in Scotland to open and was among the last to close. The gas made was used by the town and surrounding district.

This ink bottle with blue ink was found at the gasworks. The commercial manufacture of ink began in the late 19th century, as there was now more demand for it. The number of people who could write increased, and industrialisation meant more need for written documents. This type of ink bottle, with a rubber eye dropper, was first made in the early 20th century. The ink would have been used in a fountain pen.