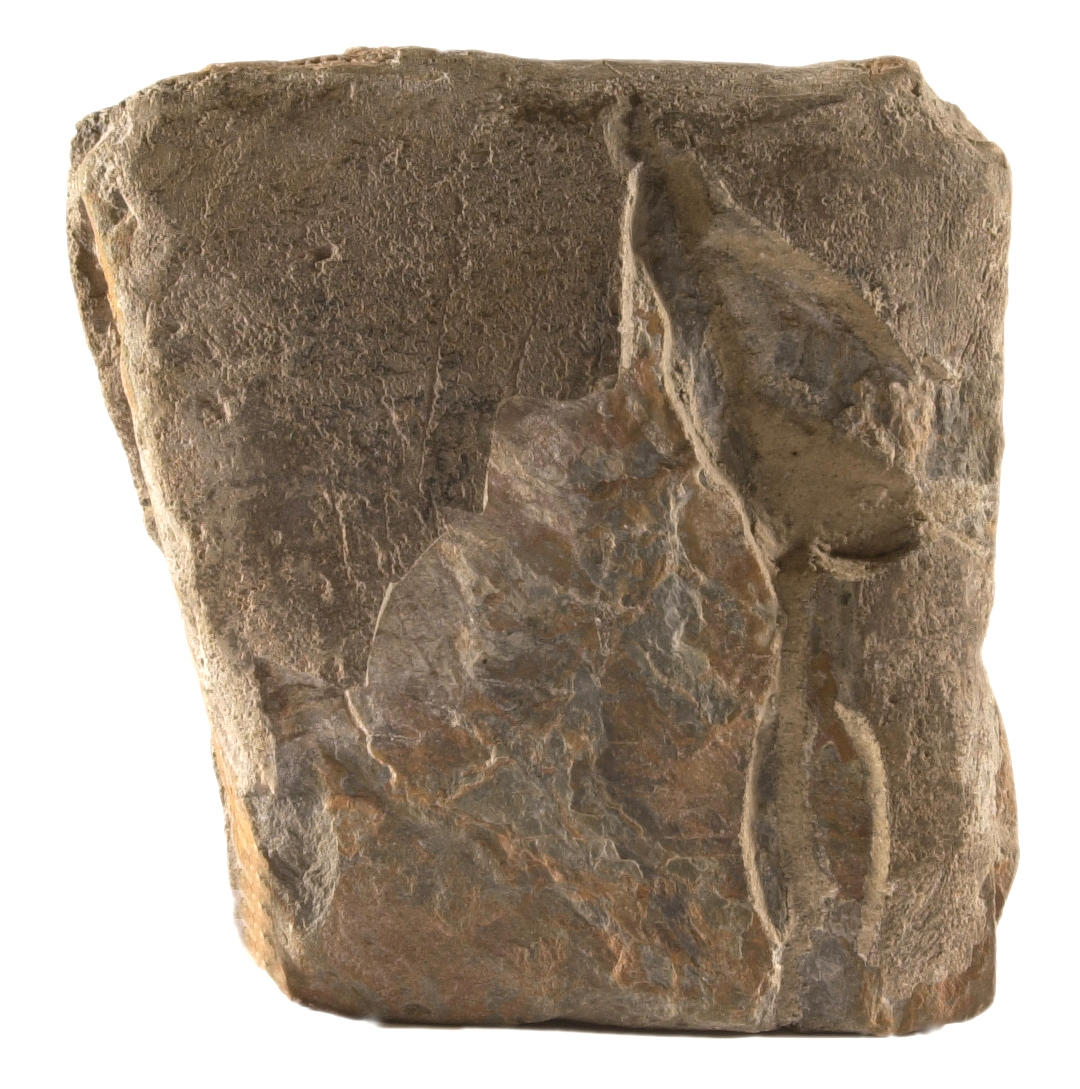 Roughly squared slab of shale which was found set into the pavement in St Ninian’s Cave, Isle of Whithorn, in 1884. Letters scratched onto the surface with a steel point, possibly a knife, may read SANCT(TO) NINIA(NO). The letters are comparatively modern, and could have been carved as offering by some Catholic fugitive who took refuge in the cave in the late 1500s or 1600s, when the Catholic church was persecuted. On display in Whithorn Priory Museum, Dumfries and Galloway.