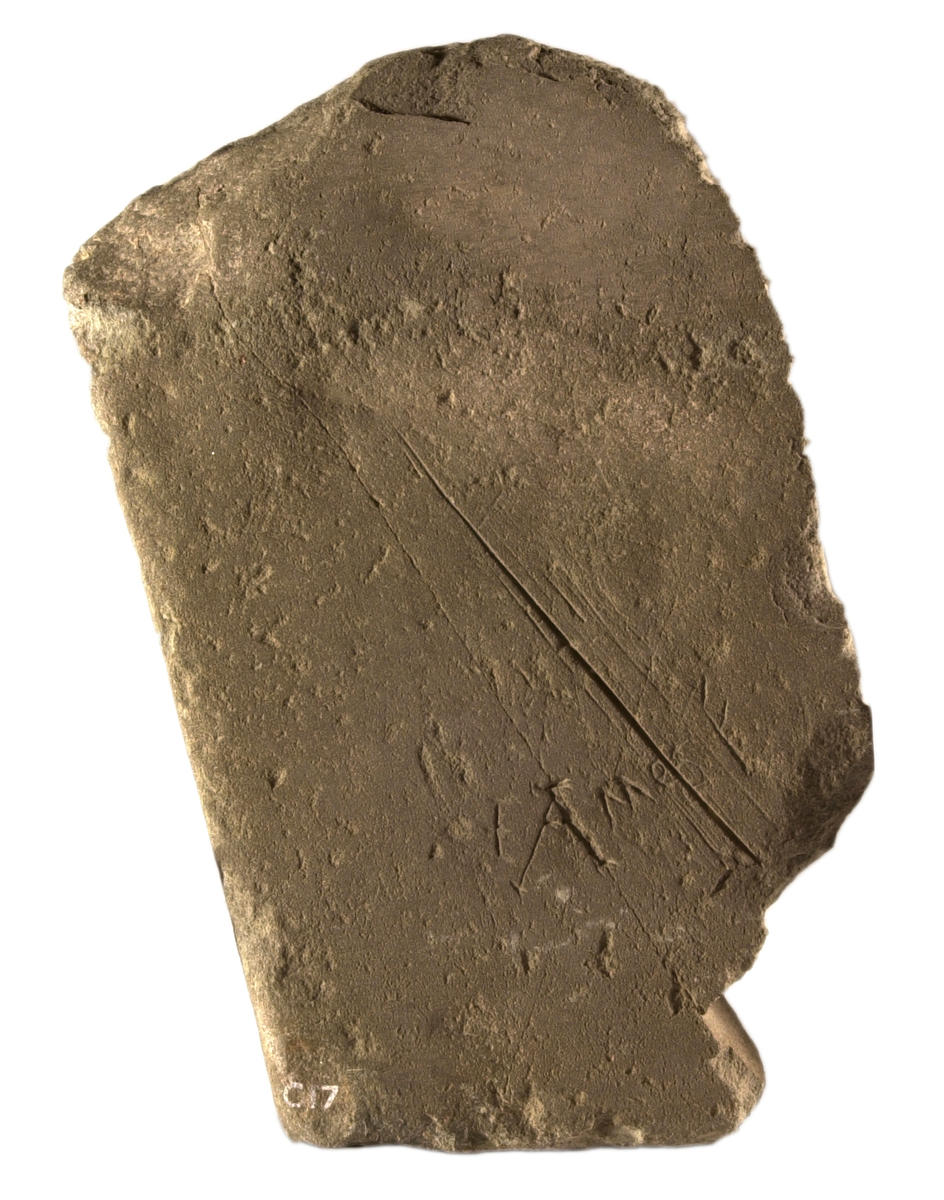 Stone carved with the initials IA (modern), which was found during the 1949 excavation of St Ninian’s Cave. From at least the late 1600s the cave was believed to have been the personal retreat of St Ninian, and it attracted pilgrims and tourists. On display in Whithorn Priory Museum, Dumfries and Galloway.