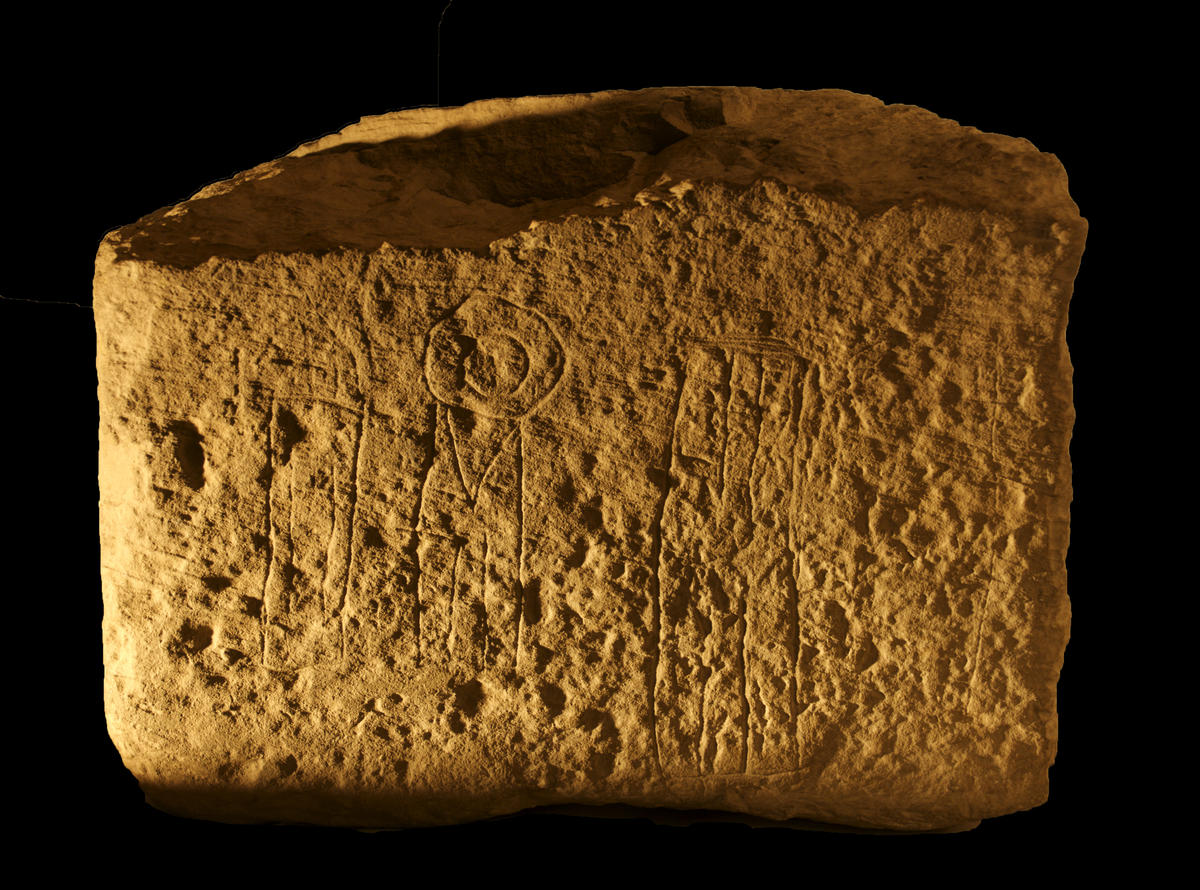 Pictish decoration has been carved into this stone block found in Orkney. It is just one of many examples of the creativity of Scotland’s northern peoples. What seem to be three figures have been cut into an almost flat face of the stone. Excavations at the Broch of Gurness in 1935 exposed the block, which had been built into a structure on the site.