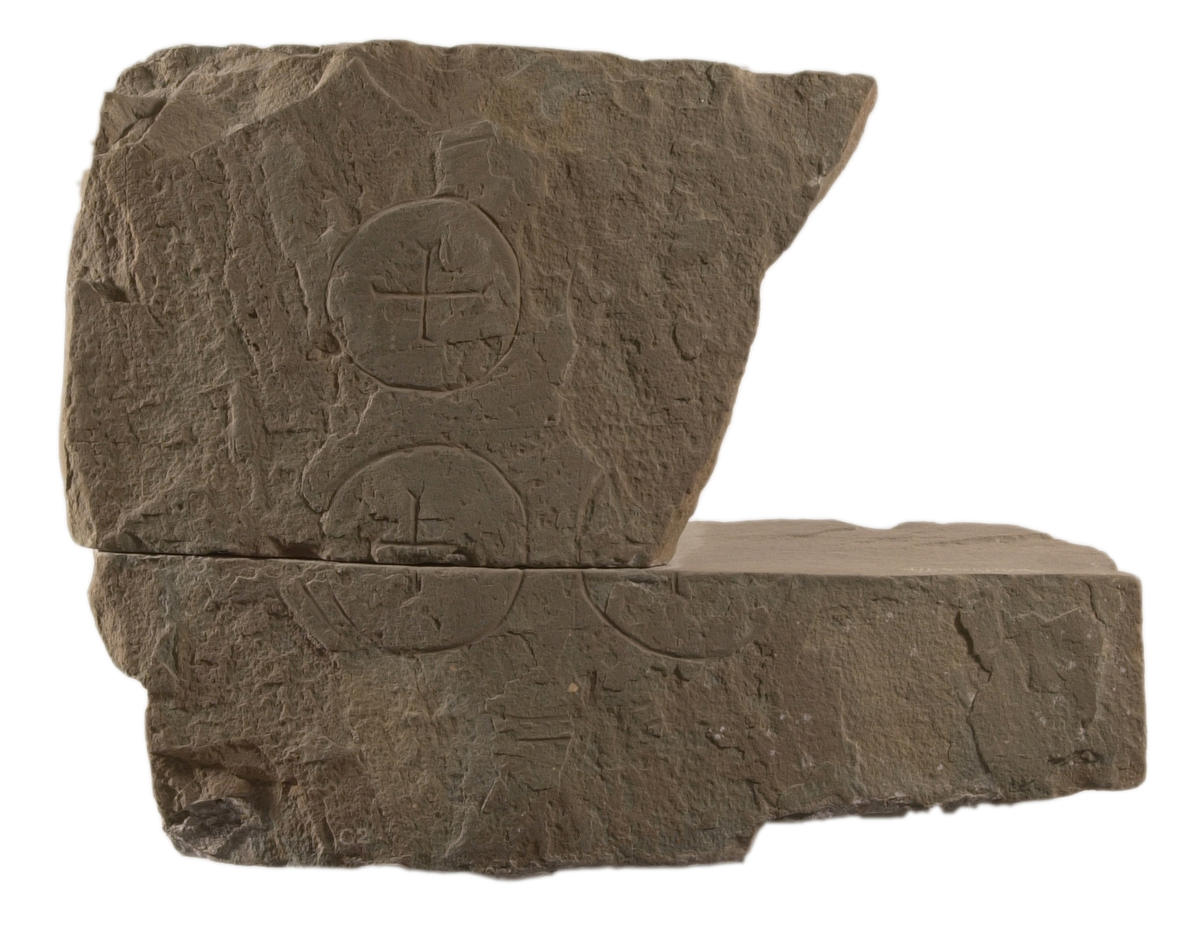 Stone slab, broken in two, which was found built into a wall at St Ninian’s Cave, Isle of Whithorn. In the centre is a double circle containing four smaller circles. Within each of the smaller circles is an equal-armed cross with forked ends. This stone was originally an altar table-top, used when the cave served as a chapel. On display in Whithorn Priory Museum, Dumfries and Galloway.