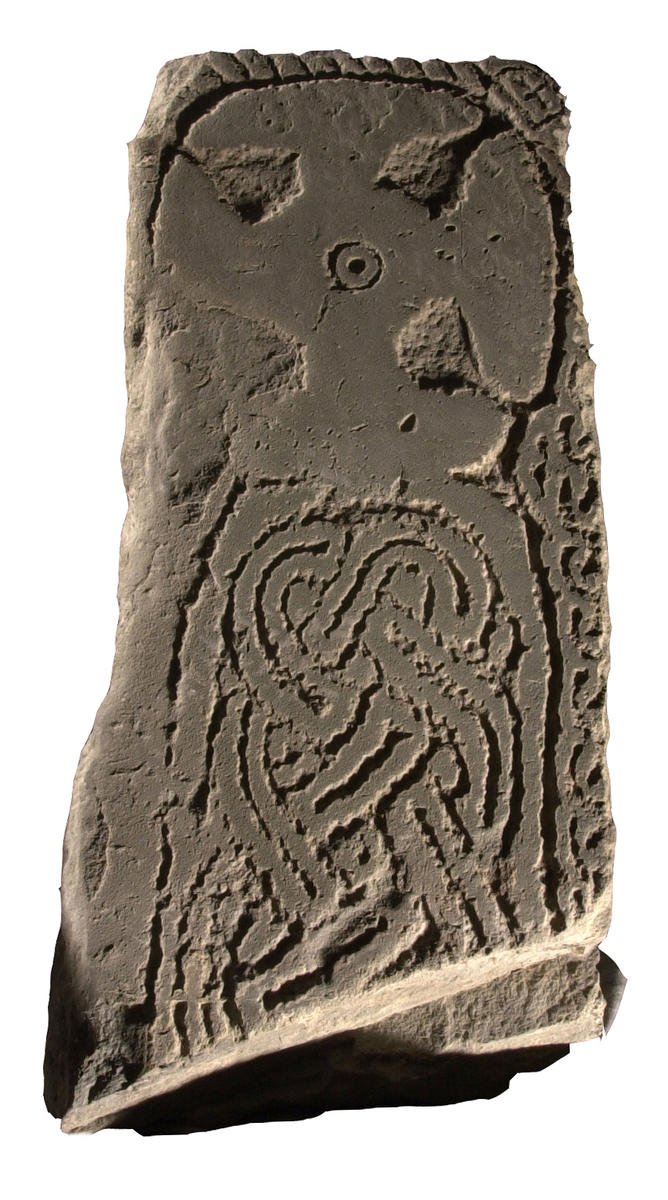 Headstone with cross and interlace

Headstone with cross and interlace

Headstone decorated on the front with a plain cross with a small central boss and expanded arms. The interlace strands on the cross shaft have a central groove, and there are pellets among the strands. A similar cross is carved on the back. The stone bears traces on one edge of a runic inscription. Anglo-Saxon was the language spoken by the ruling Northumbrians and was the language of prestige. It tells us that ….. ‘set up’ this stone, pointing to a living patron who commissioned it. The runes were integral to the design and originally ran further round the edge of the stone. They may have been deliberately cut away. This stone belongs to the period before the ‘Whithorn school’ style became fixed. At this time sculptors had begun using interlace, but were still experimenting with styles. This stone uses fretwork, which is unusual in Whithorn, and is one of only 3 stones to use cable moulding. On display in the Whithorn Priory Museum, Whithorn, Dumfries and Galloway.