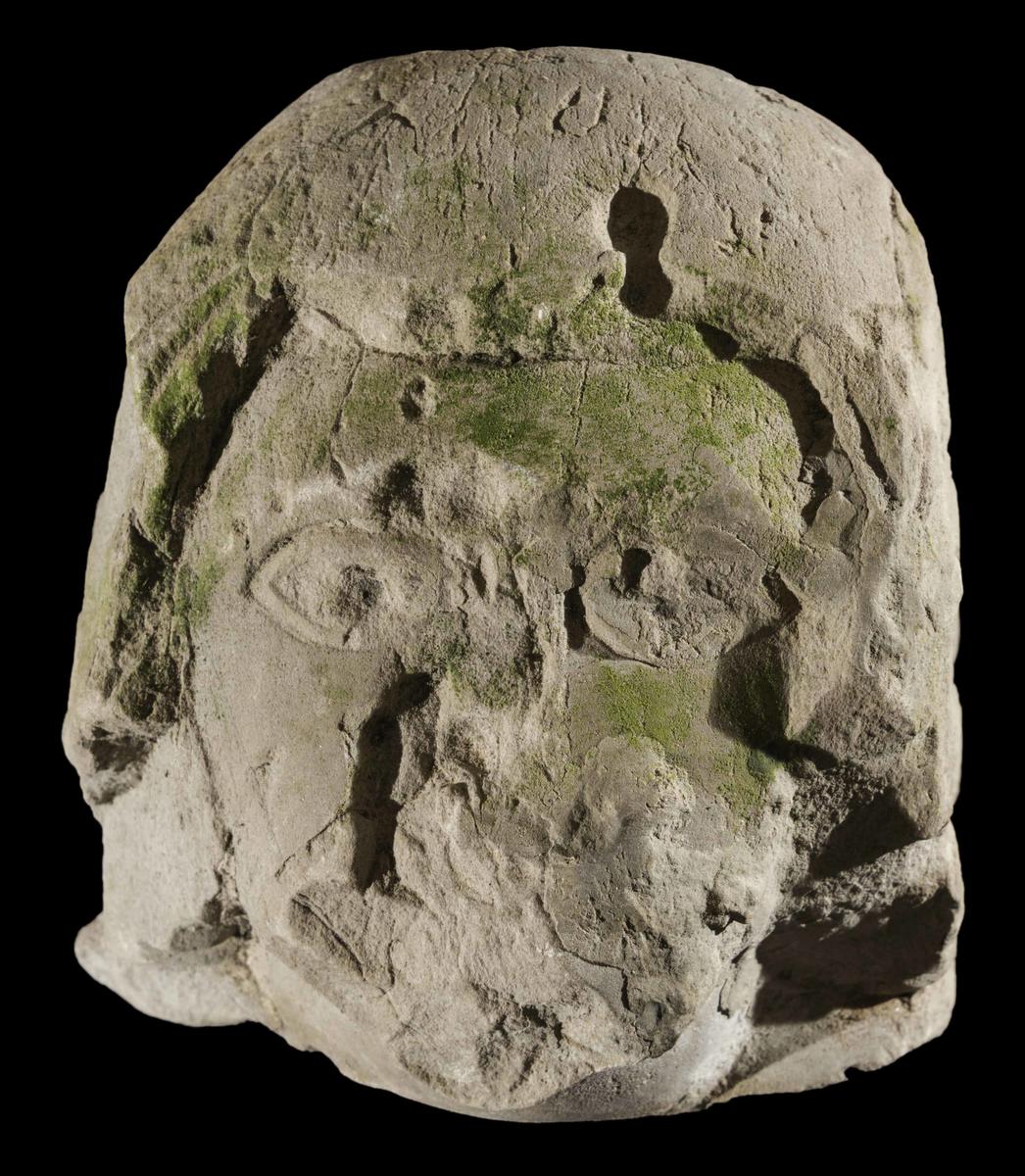 This would have once formed a head stop, an end piece to a moulding above a window or arcade, at Fortrose Cathedral, Scottish Highlands. A similar head-stop remains in situ, towards the west end of the south aisle, supporting the hood-mould of the arcade. The head is badly damaged, with most of the lower part of the face broken away, along with the hair on the left hand side. The eyes are shown wide open, and the hair, which is shoulder length, is cut with a straight fringe across the forehead, and has a wavy texture on the right hand side. The upper surface of the head is flattened to abut a hood-mould.