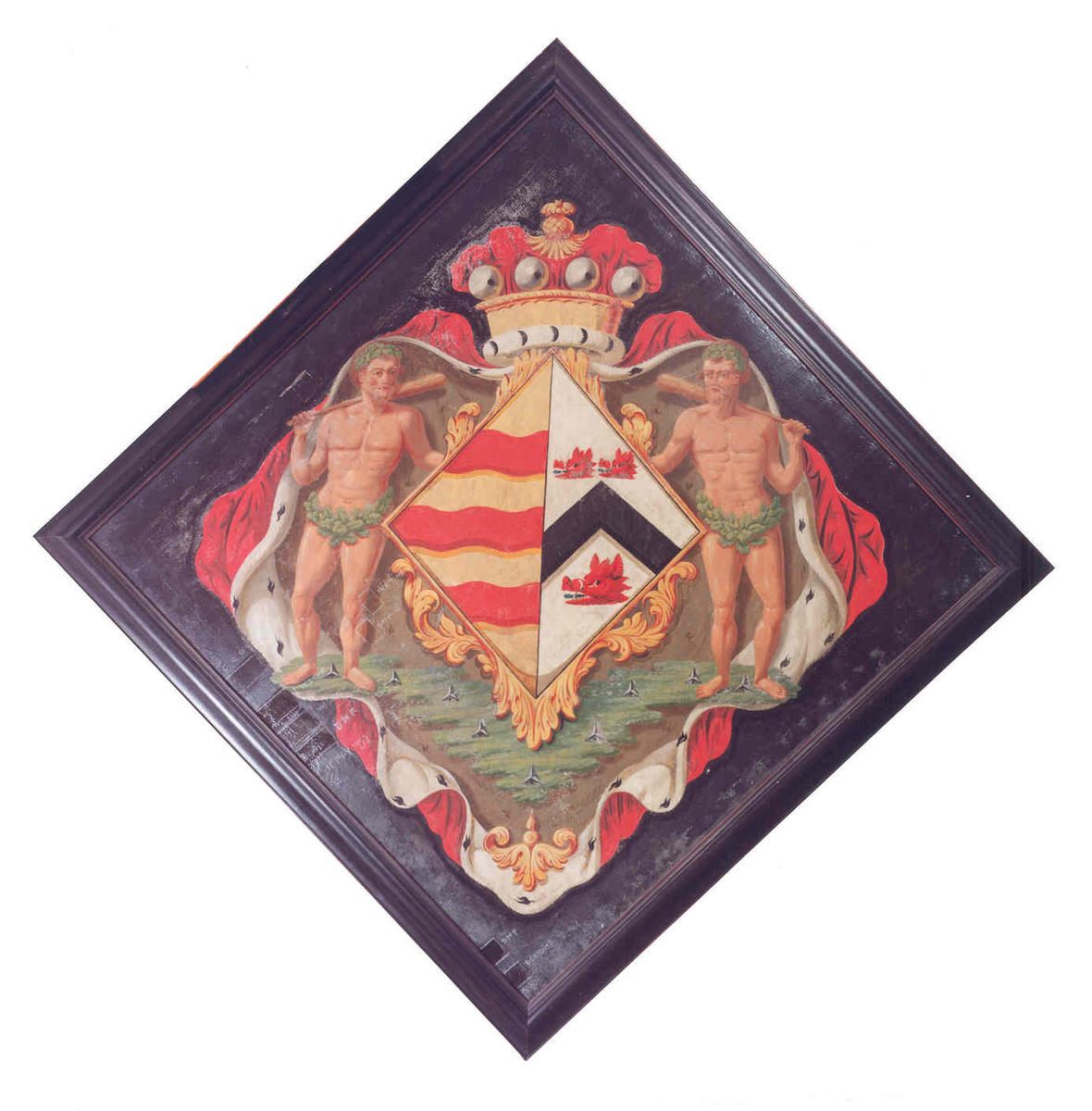 A ‘hatchment’ was a memorial to someone who had died and would feature the deceased’s coat of arms. This example, put up to commemorate the life of Clementina 11th Countess of Perth, once adorned a wall of Innerpeffray Chapel.

After the Reformation in 1560, the chapel served as a burial vault for the Drummonds, owners of the estate on which it stood.

Hatchments are very rare in Scotland today. Many of them were removed in the 1600s by the Church of Scotland.

Innerpeffray Chapel was a private chantry chapel built by John, 1st Lord Drummond, and associated with nearby Innerpeffray Castle. It initially housed four priests, who were to pray for the souls of the Drummond family.

The chapel gained collegiate status by 1542, though it was short lived. The Protestant Reformation of 1560 put an end to its official use as a Catholic place of worship. However, references to provosts in 1581 and 1591 indicate that the Drummonds continued their Catholic worship after the Reformation.

A chapel no more

Innerpeffray Chapel survived the Reformation because it primarily acted as a family mausoleum. By 1680 it was partly used as a public lending library, providing access to the private collection of the Drummond family.

Some of the chapel’s Catholic features survived the Protestant purges. These include:

The church is also home to the Faichney monument, which dates to 1707, and formerly stood in the graveyard. A superb example of the stonemason’s craft, it tells of one man’s pride in his family. It was brought into the church from the graveyard in 1997.

Find out more about Innerpeffray Chapel