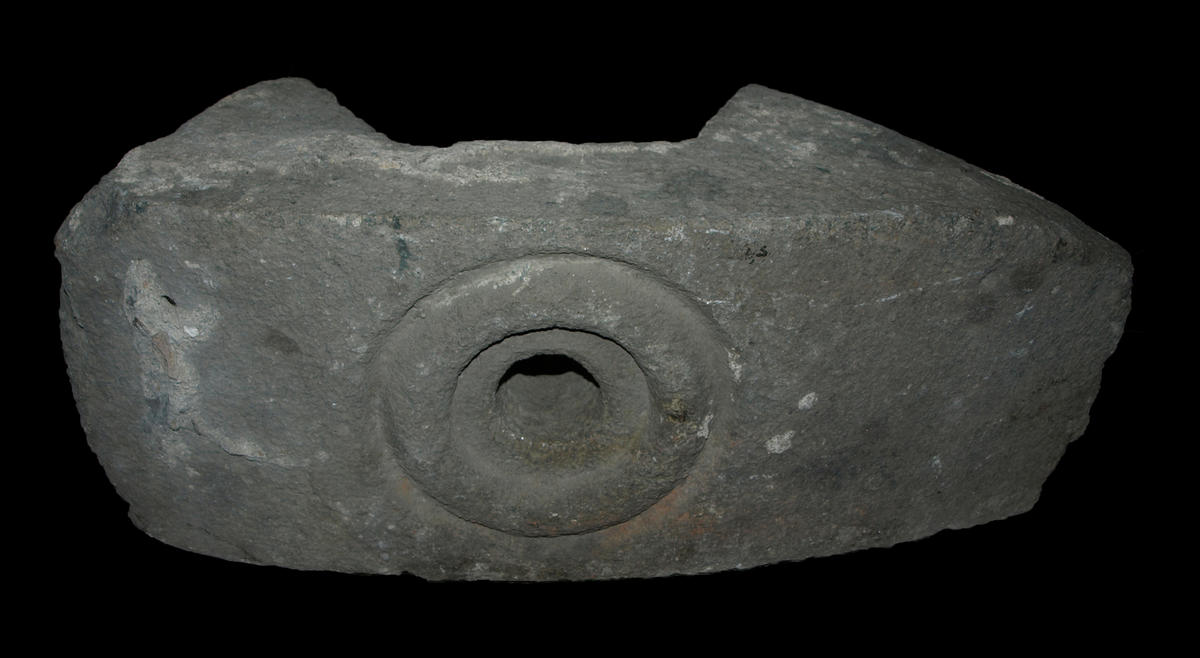 Built on Unst, Shetland, Muness Castle is the northernmost castle in the British Isles. This 16th century tower house, designed by Andrew Crawford for Laurence Bruce of Cultmalindie, incorporated the latest features of a stronghold. Once set into one of its walls, this and other gun loops would have allowed the castle to be defended from all sides using hand held firearms. On display at Muness Castle.

Muness Castle began construction on orders of Laurence Bruce of Cultmalindie in 1598.

Bruce was half-brother of Robert Stewart, 1st Earl of Orkney, and his influence was linked to that of his more powerful sibling. From the late 1590s, Bruce had a series of disputes with his nephew, Robert’s son Patrick Stewart, 2nd Earl of Orkney.

Stories abound about Bruce. He was accused and investigated by the Privy Council for oppressing Shetlanders, though several legends portray him in a heroic light.

Bruce’s conflict with the earls of Orkney came to a head in 1608, when Earl Patrick chased Thomas Black of Whalsay to Muness with 36 men. He was unable to besiege the castle before he had to withdraw.

The castle was attacked and burnt by privateers from Dunkirk in 1627, though it was reoccupied afterwards. It was sold by the Bruce family in 1718, and had fallen into ruin by the end of that century.

Muness Castle is a tower house built on a Z-plan. Its entrance is through the south façade, with an inscription above the doorway reading:

Despite antagonism between Bruce and Earl Patrick, it seems Bruce had access to the earl’s craftsmen. Details of the corbelling are similar to those seen at Scalloway and at the Earl’s Palace in Kirkwall.

The castle has other fine architectural touches, including:

A finely carved oak panel from the castle survives, suggesting its hall was once panelled in oak. The panel is now held by the National Museum of Scotland in Edinburgh.

Find out more about Muness Castle