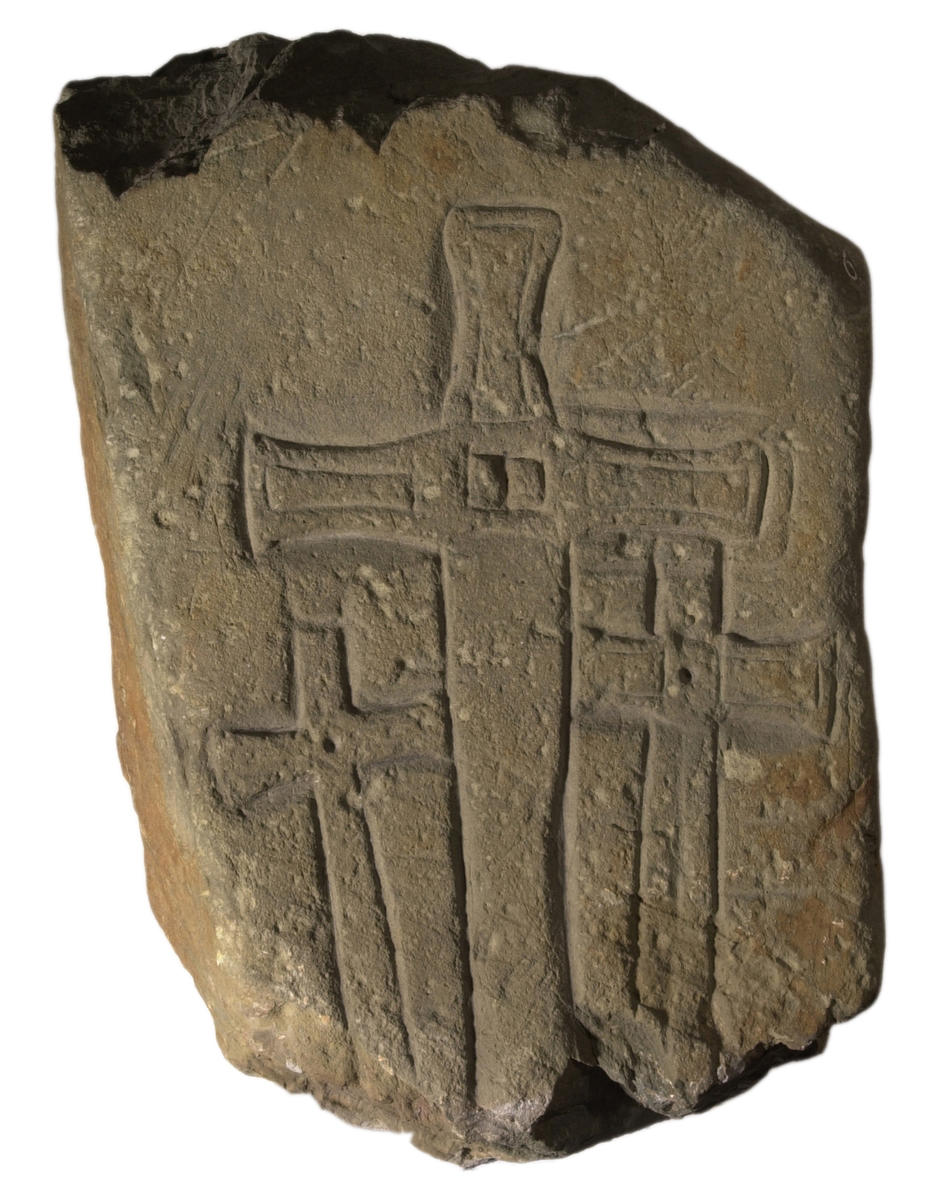 Small graveslab incised with three crosses, found in the cemetery at Whithorn. It was probably carved in the 700s when Whithorn was under Northumbrian control. The front is carved with a central cross flanked by two smaller crosses, representing the cross of Christ and those of the two thieves who were crucified with him. The central cross has expanded ends to the head and arms and is decorated with rectangular panels. The sculptor probably copied the design from jewelled metalwork crosses he had seen being carried in procession or set beside the altar in the churches at Whithorn. The stone used is of a different type to the later ‘Whithorn School’ crosses, this helps to confirm its early date. On display in the Whithorn Priory Museum, Whithorn, Dumfries and Galloway.