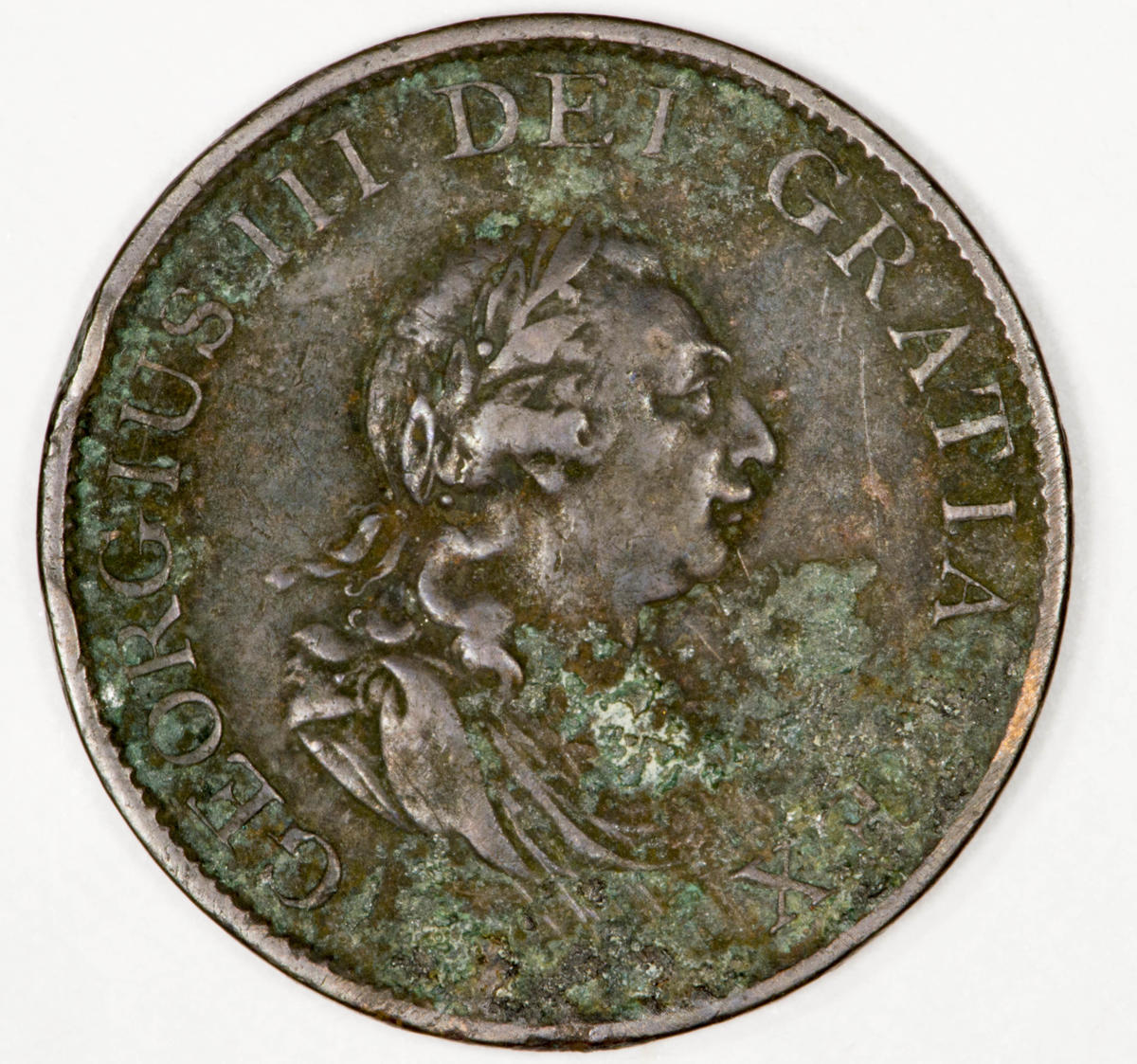 Found at Dundee Telephone Exchange, this copper coin offers an example of the so called Soho Mint coinage, issued by Matthew Boulton's mint in Birmingham. On the obverse is a robed laureate bust of King George III. From 1799 to 1807, the change in the reverse design transformed Britannia into a symbol of Britain's ever increasing maritime power, holding an olive branch and a trident, with a shield resting beside. A small ship lies in the left background.