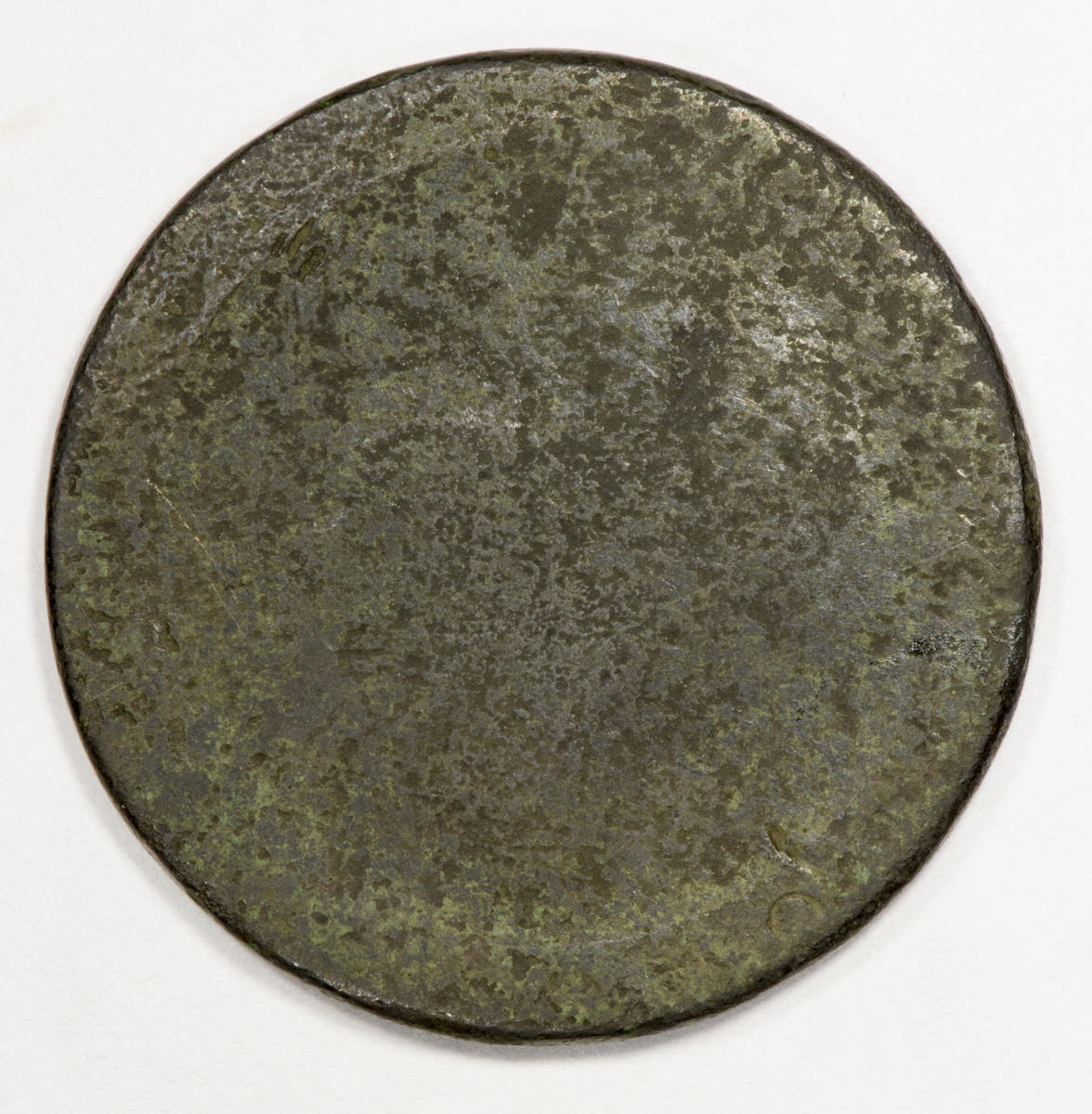 This big heavy coin was found at Stirling Castle and offers an example of the first copper penny circulated in Britain.

The obverse design bears the robed and laureate bust of King George III with long hair. On the reverse seats Britannia, holding an olive branch and a trident, with a shield resting beside and a small ship in the left background. The inscription is incuse (impressed with a stamp) and on the rim on both sides.

On the obverse, the Latin reads 'GEORGIUS III. D: G. REX', which translates as 'George III by the grace of God King'. The reverse quotes 'BRITANNIA', that is 'Britain', with the date below, 1797.