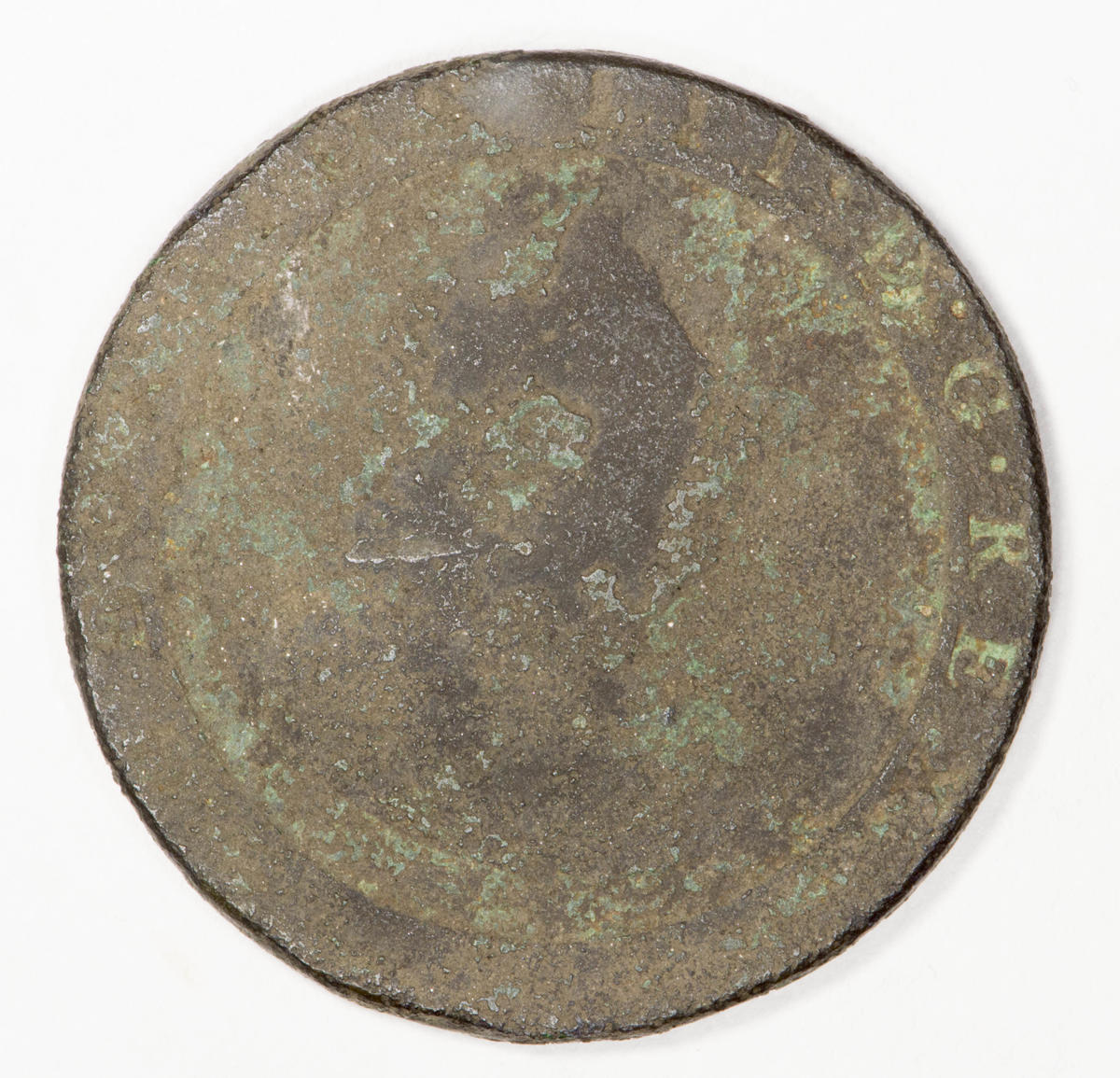 This big heavy coin was found at St Andrews' post office and offers an example of the first copper penny circulated in Britain.

The inscription is incuse (impressed with a stamp) and on the rim on both sides. On the obverse, the Latin reads 'GEORGIUS III. D: G. REX', which translates as 'George III by the grace of God King'. The reverse quotes 'BRITANNIA', that is 'Britain', with the date below, 1797.