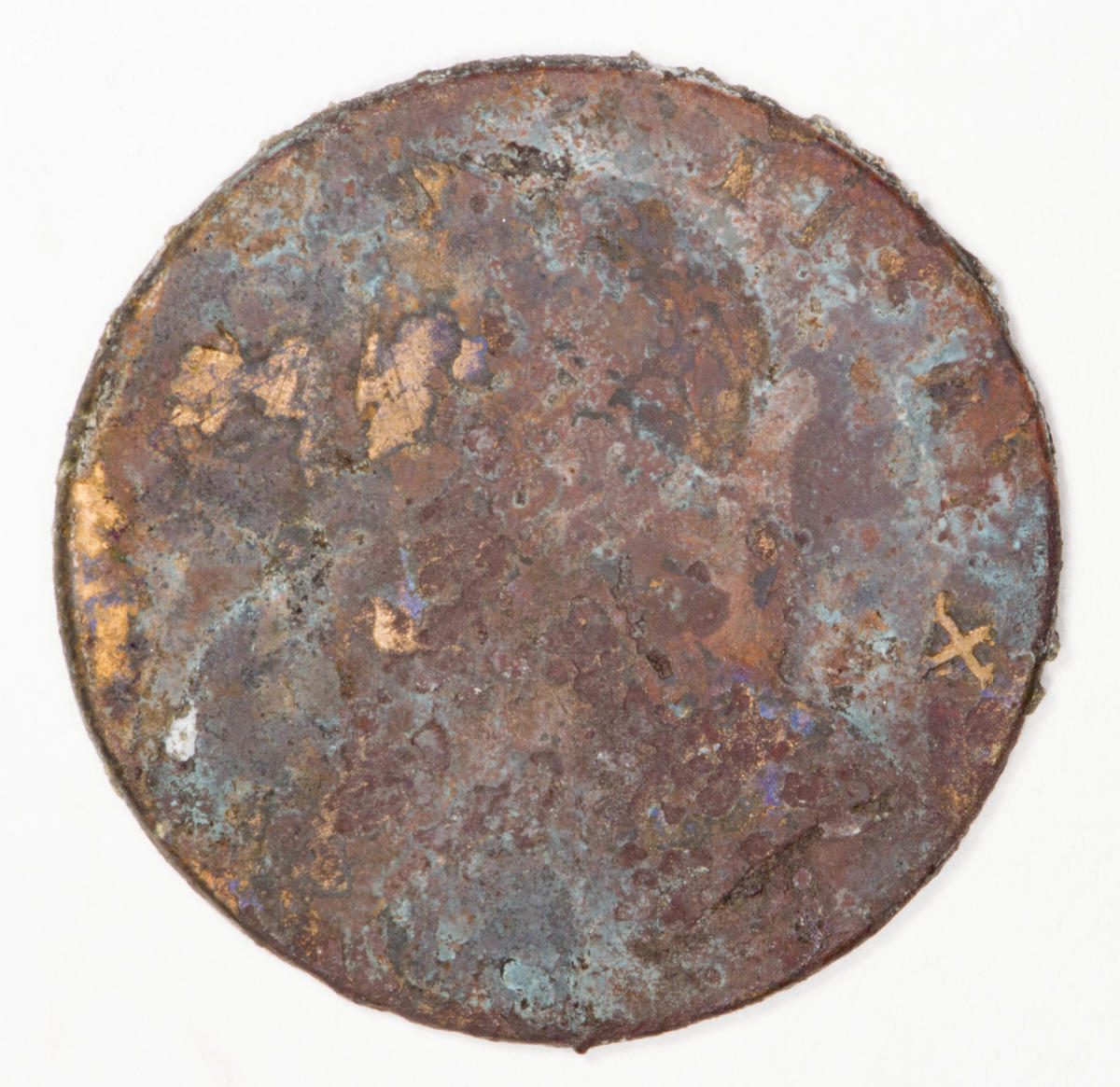 This coin offers an example of copper coinage issued under the reign of George IV. Unfortunately, the worn surface on both sides does not allow to appreciate the design.

The obverse of this coin features the laureate bust of King George IV. Britannia is seated on the reverse, holding a trident with a hand resting on a shield. Rose, thistle and shamrock are below, representing respectively England, Scotland and Ireland.

The inscription on the obverse reads 'GEORGIUS IV DEI GRATIA', with the date below. The Latin translates as:' George IV by the grace of God'. On the reverse, the legend quotes 'BRITANNIAR: REX FID: DEF:’ which means ' King of Britain and Defensor of the Faith’.

George IV ascended to the throne in 1820, after his father's death, George III. Prior to accession, George IV served as Prince Regent from 1811 until 1820, due to his father's ill health. Dubbed the first gentleman of England, he was disliked by the general population for his extravagance and lack of leadership during the Napoleonic wars. He was a patron of the arts, with a predilection for paintings, furniture and architecture.