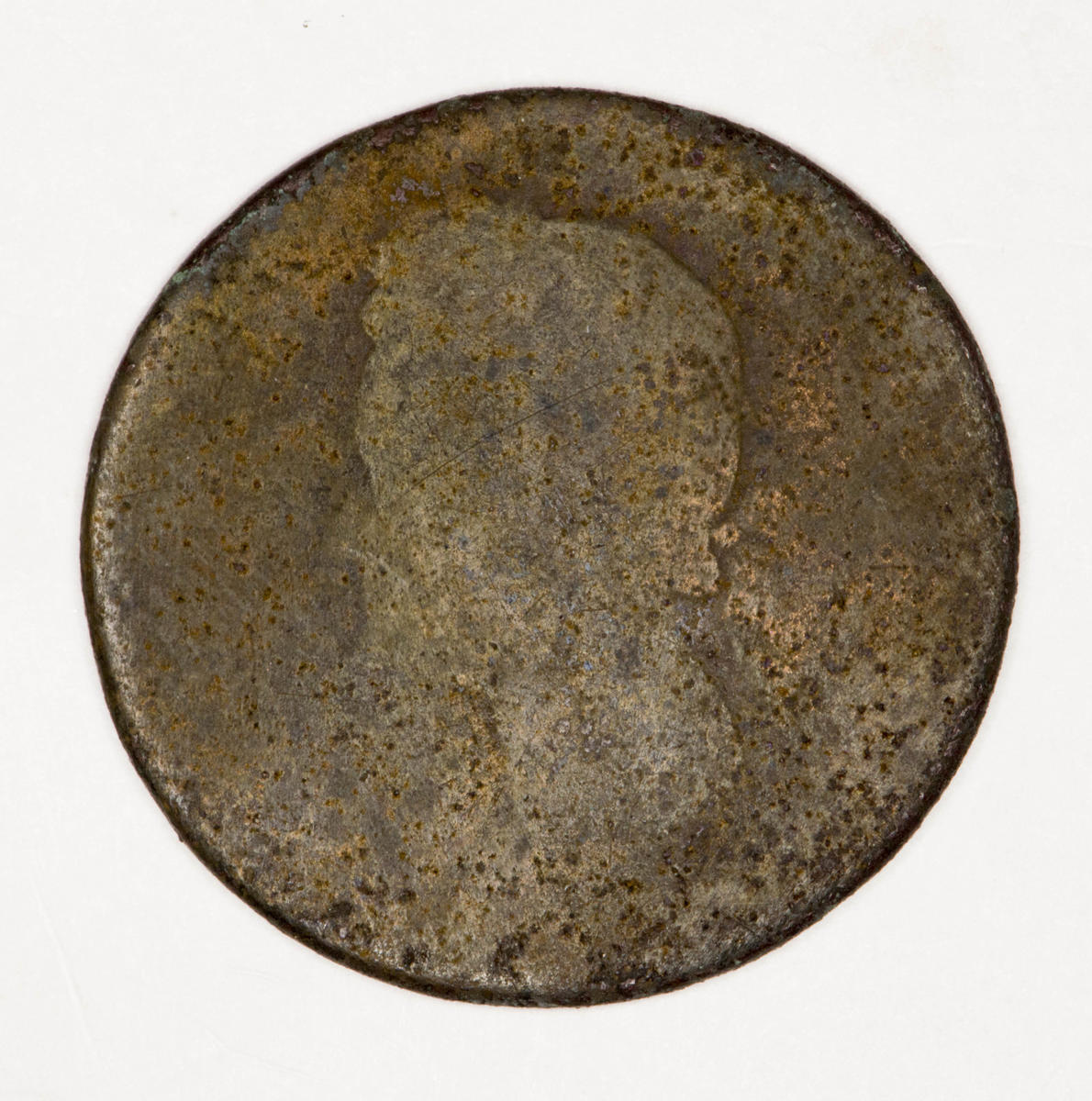 The design of the early and late issues differs only in this respect. George II is shown in the ‘laureate bust’ style, either as a young king or in his maturity. The legend, which means simply ‘King George II’, remains the same. In Latin, it reads: ‘GEORGIVS II REX’.

Britannia is seated at centre on the reverse. She holds a spear and an olive branch, with a shield to the right. ‘BRITANNIA’, meaning ‘Britain’, is written here, with the date after.

George II was born and brought up in Germany. For this reason, he took little control over Britain’s domestic policy as king.

In 1745, supporters of the Catholic claimant to the British throne tried and failed to depose George II in the last of the Jacobite rebellions. The claimant was James Francis Edward Stuart, ‘The Old Pretender’. And it was his son, Charles Edward Stuart – better known as Bonnie Prince Charlie or ‘The Young Pretender’ – who led the rebellion.

During George II’s reign, British interests across the world grew with the colonization of North America. The power of Parliament in Britain became well established. And the Jacobite challenge to the Hanoverian dynasty was stubbed out.