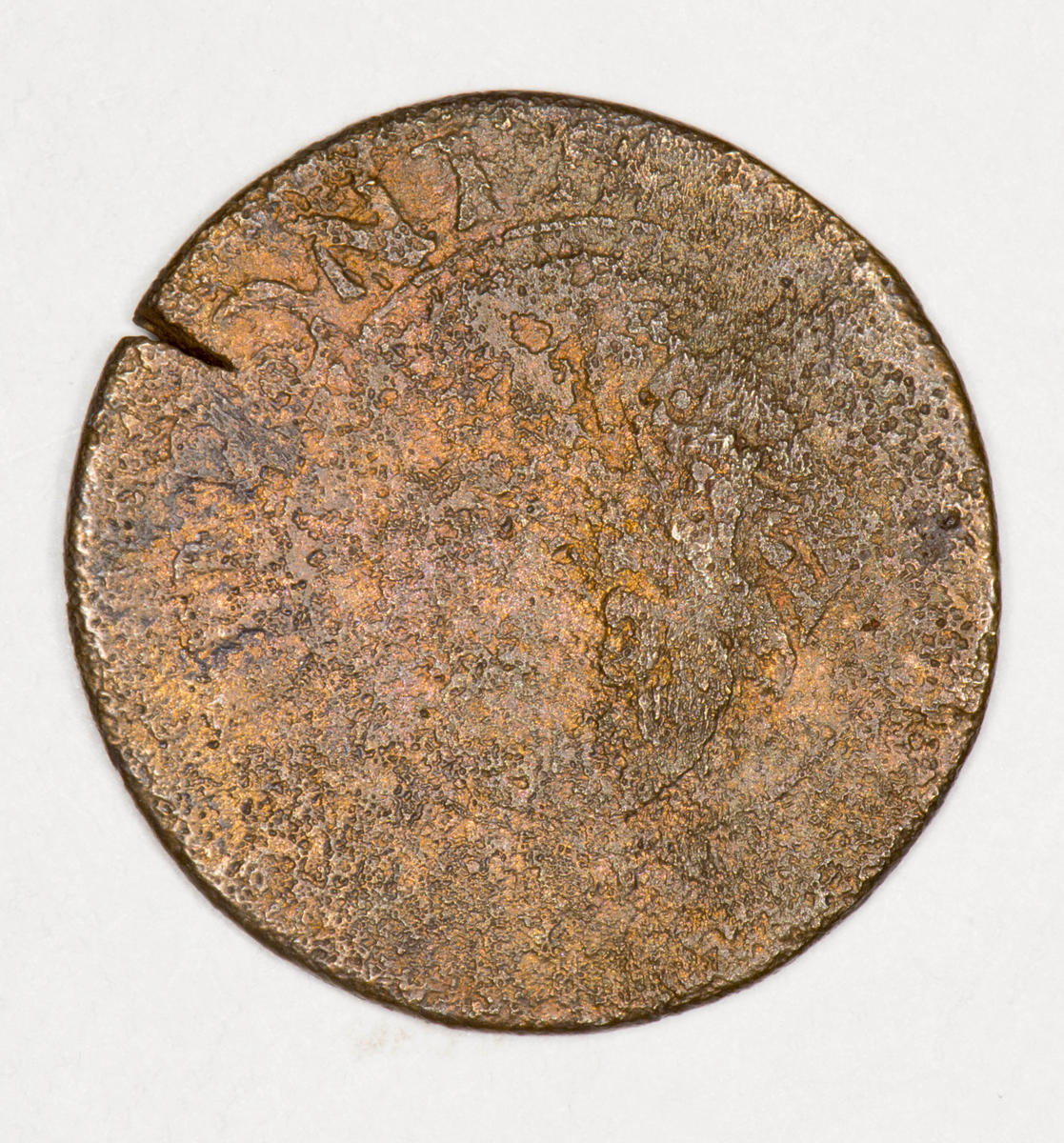 French duke Gaston d’Orleans (1627–50) adorns this French provincial coin, a double tournois issued in 1634. Later in his life, the youngest brother of the king would become known for several failed plots and revolts against the government.

These took place during both the reign of his brother, Louis XIII (1610–43), and the minority of his nephew, Louis XIV (1643–1715). Gaston d’Orleans twice had to leave France for conspiring against the government.

A bust of the duke, shown in profile, faces right on the heads side of the coin. On the back are three fleurs-de-lis, with the coin’s value and year of issue – “DOVBLE TORNOIUS 1634 R” – and a cross.