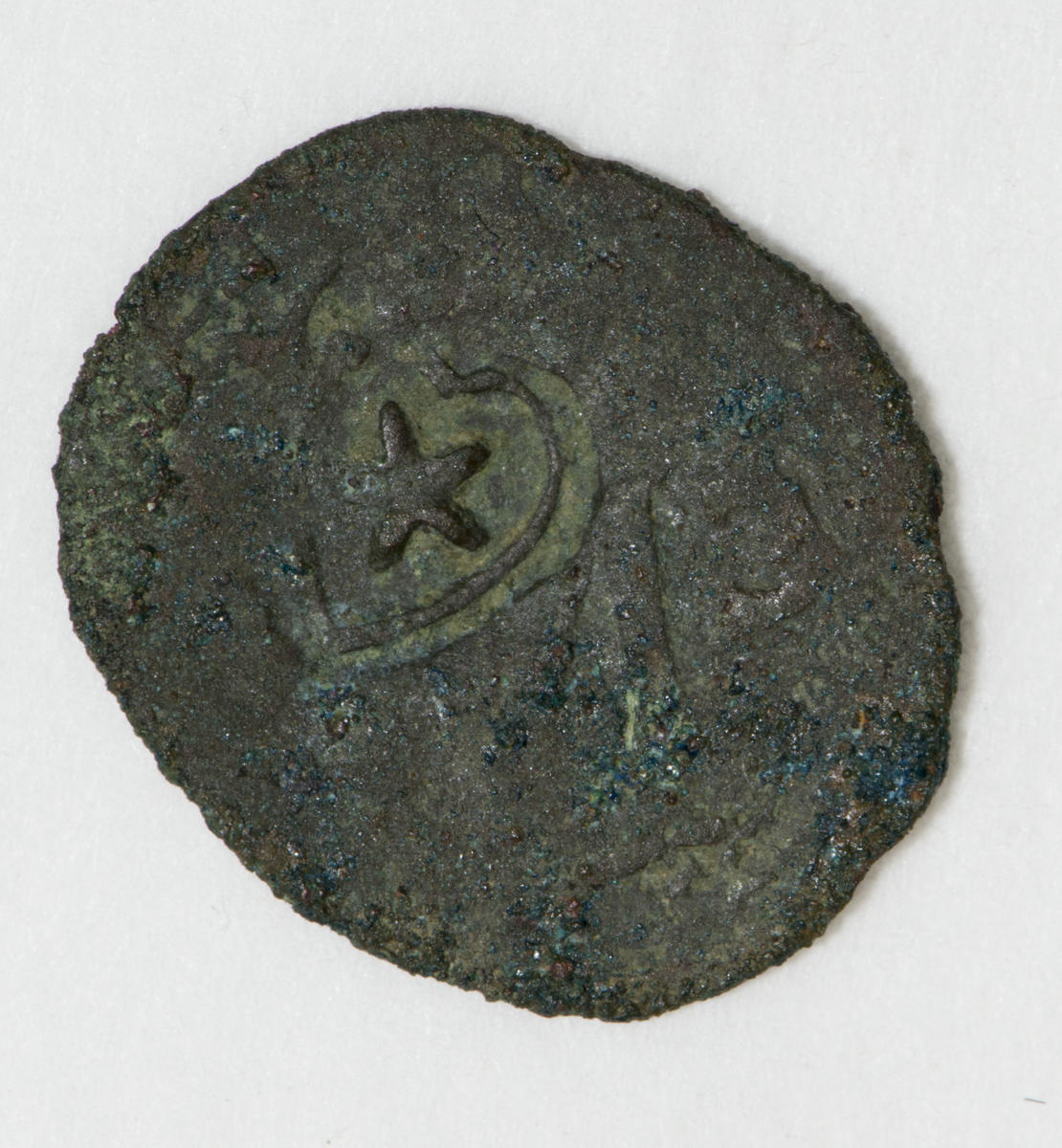 Mary Queen of Scots (1542–67) had coinage to reflect five phases of her life: her youth, two marriages and two widowhoods. This lion or hardhead is from the second period (1558–60), during Mary’s marriage to Francis, the French dauphin (heir to the throne). Its heart and star mark show that this coin was genuine – not a forgery.

The married couple’s monogram, a crowned ‘F M’, is flanked by a dolphin on either side. Dauphin means ‘dolphin’, hence the mammal was the heraldic emblem of the heir apparent, Francis. The legend translates as: ‘Francis and Mary King and Queen of Scots and Dauphin and Dauphine of Vien’. In Latin, it reads: ‘FRA ET MA D G R R SCOT D D VIEN’.

By the crowned lion rampant on the tails side is a motto meaning ‘truth conquers’: ‘VICIT VERITAS’.

Made of billon, an alloy, the coin was worth one and a half pence Scots. It was issued in 1559 and, unusually, reissued in 1575, with the countermark over the monogram.

Forged coins were a big problem by the time James VI inherited the Scottish throne in 1567. Lions and placks issued under Mary were recalled in 1575 to check for authenticity. A heart and star – the arms of the Earl of Morton, regent at the time – were added to coins found to be genuine.