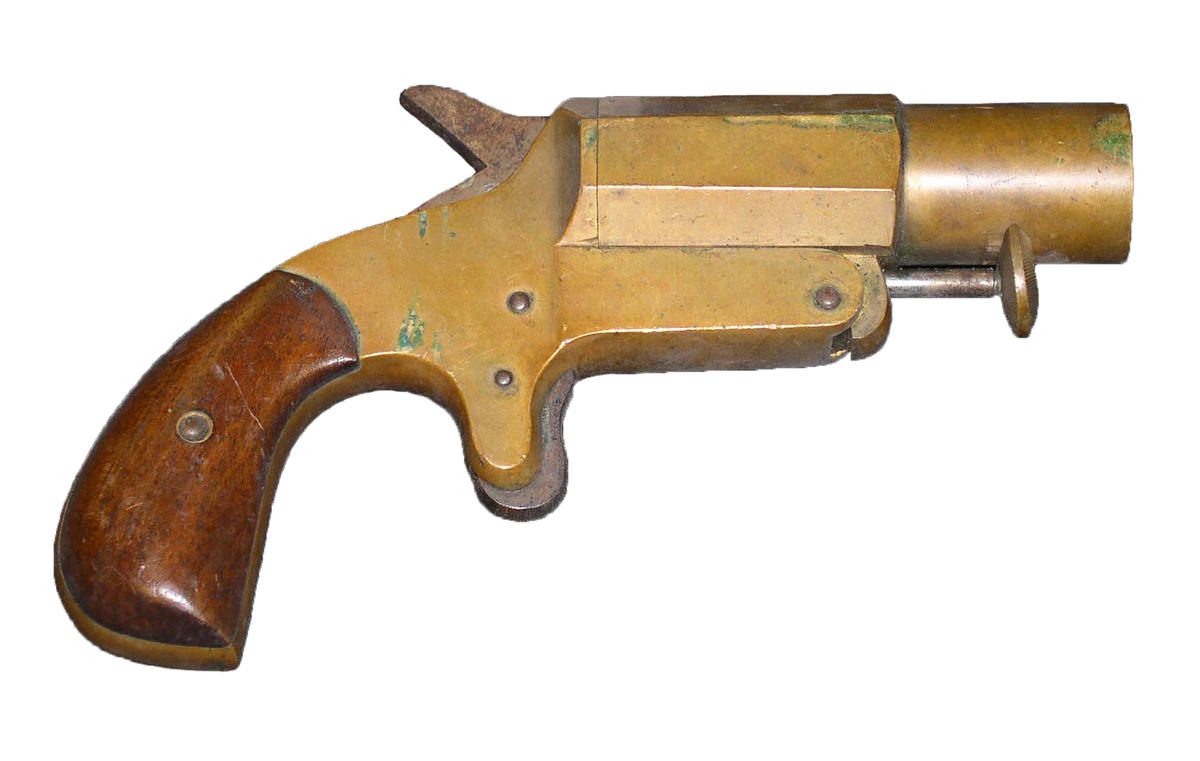 Not designed as a weapon, this pistol launched bright flares that could be used to send distress signals or expose enemy positions on the battlefield. It was used by British soldiers in the First World War and was brought back from the Western Front to Dumbarton Castle by the 9th Battalion of the Argyll and Sutherland Highlanders.