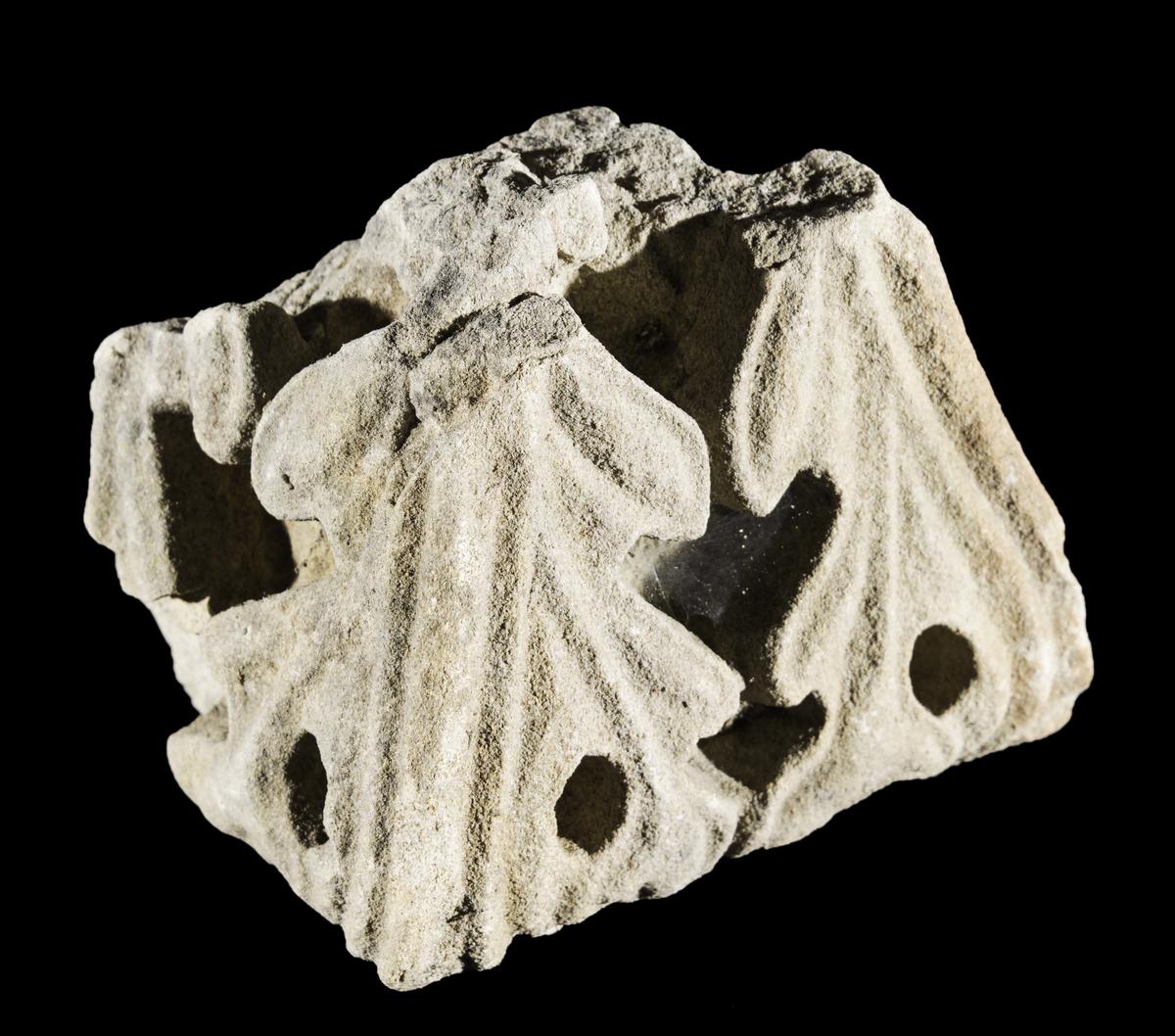 This stone would have formed a decorative top or finial to an architectural feature at Fortrose Cathedral, Scottish Highlands. It is carved with stiff-leaf foliage, two of the leaves complete, and one damaged. The foliage is deeply undercut and veined, and one side and sections of the upper and lower surfaces have been broken away.