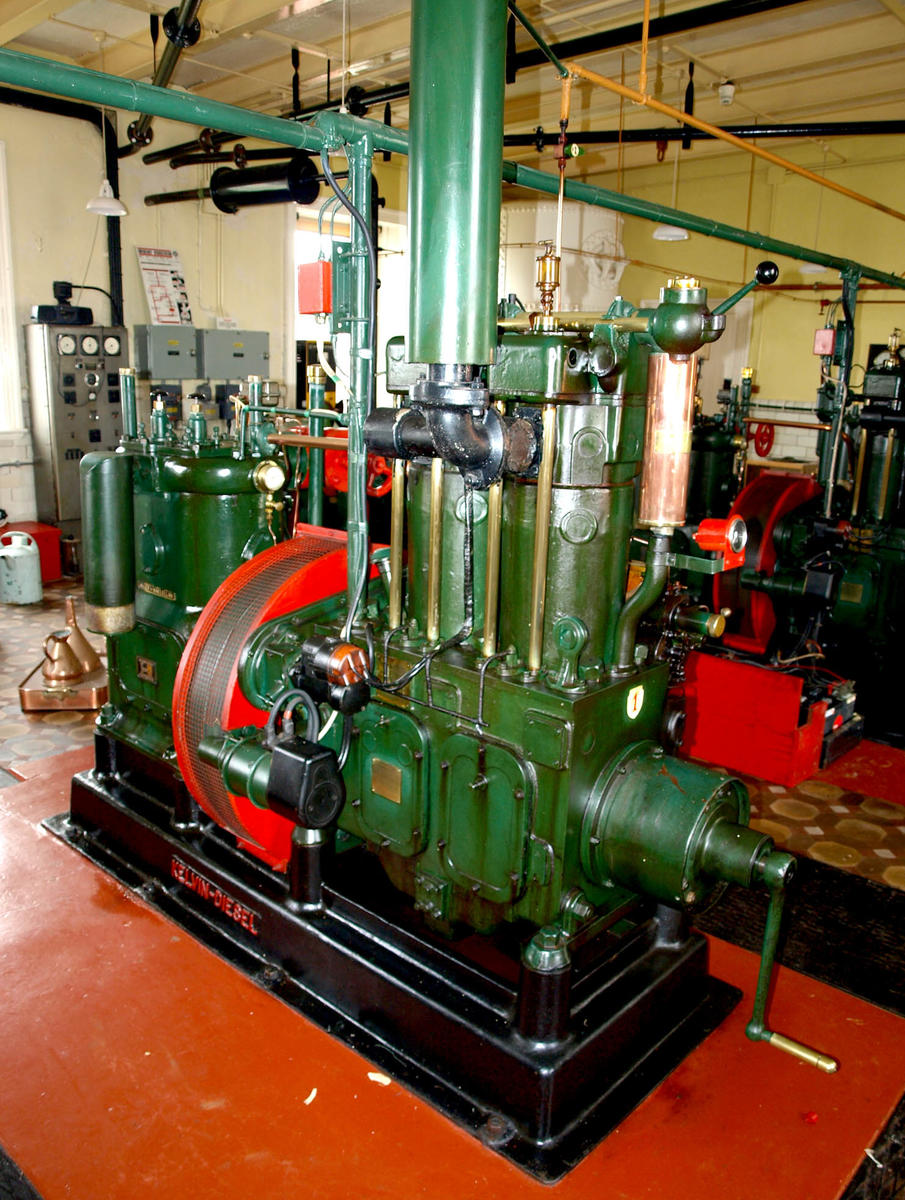 Two cylinder Kelvin diesel engine with compressor made by Alley & MacLellan, Polmadie, Glasgow. Scotland. One of three engines in use at Kinnaird Head Lighthouse. Two Kelvins were used to run the fog signal, with one on standby for the light and radio beacon which started automatically if there was a power cut. The engine room was designed in 1902 by David Stevenson, it first housed three cylinder paraffin engines which powered the fog signal. The fog signal ceased to sound in 1987.