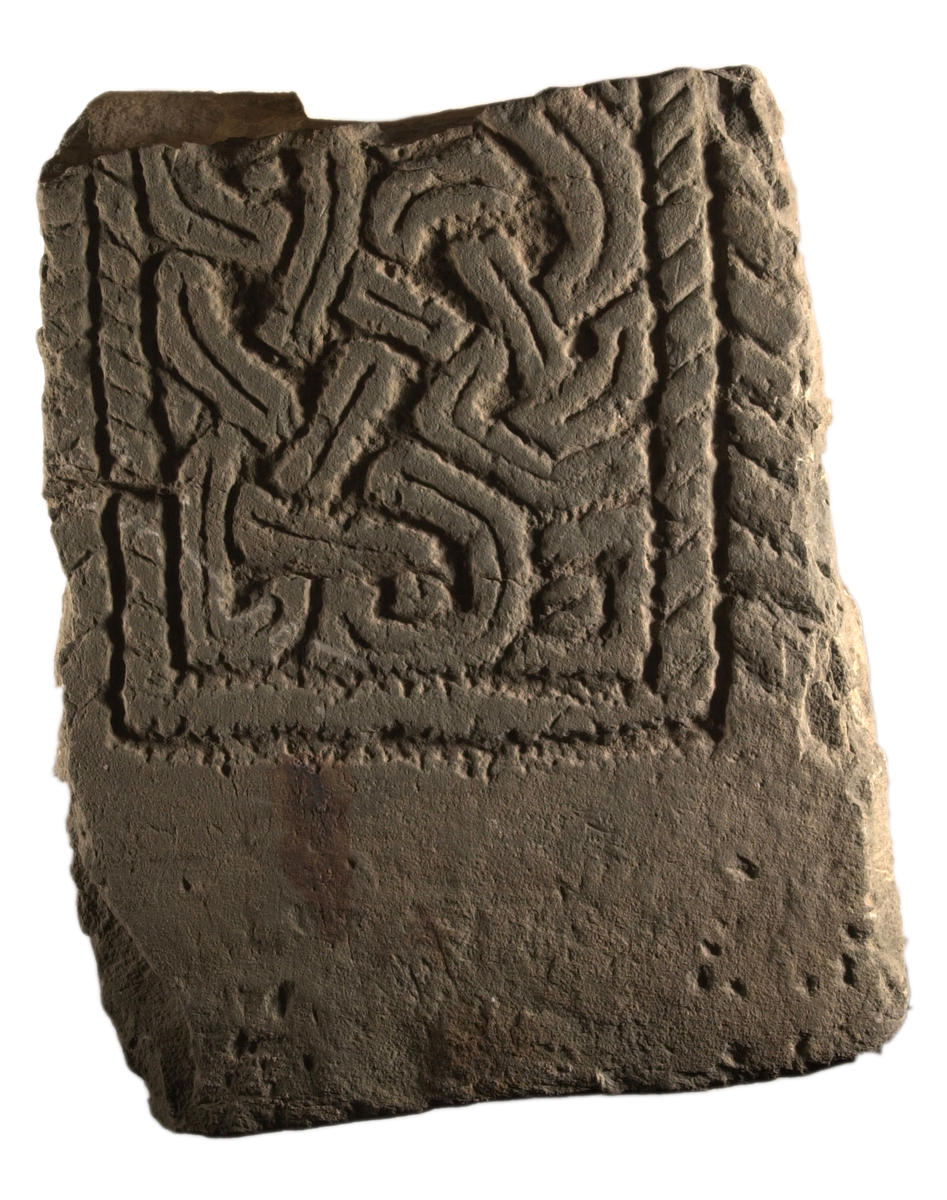 Fragment of a cross slab, decorated with interlace strands which are separated by a central groove. The interlace panel is set within a cable moulding, one of only 3 Whithorn crosses to use cable moulding. There is also cable on the outer edge of the stone. This stone belongs to the period before the ‘Whithorn school’ style became fixed. At this time sculptors had begun using interlace, but were still experimenting with styles. The stone had been re-used as a building stone, and was found in 1970 during structural alterations to property in George Street, Whithorn. On display in the Whithorn Priory Museum, Dumfries and Galloway.