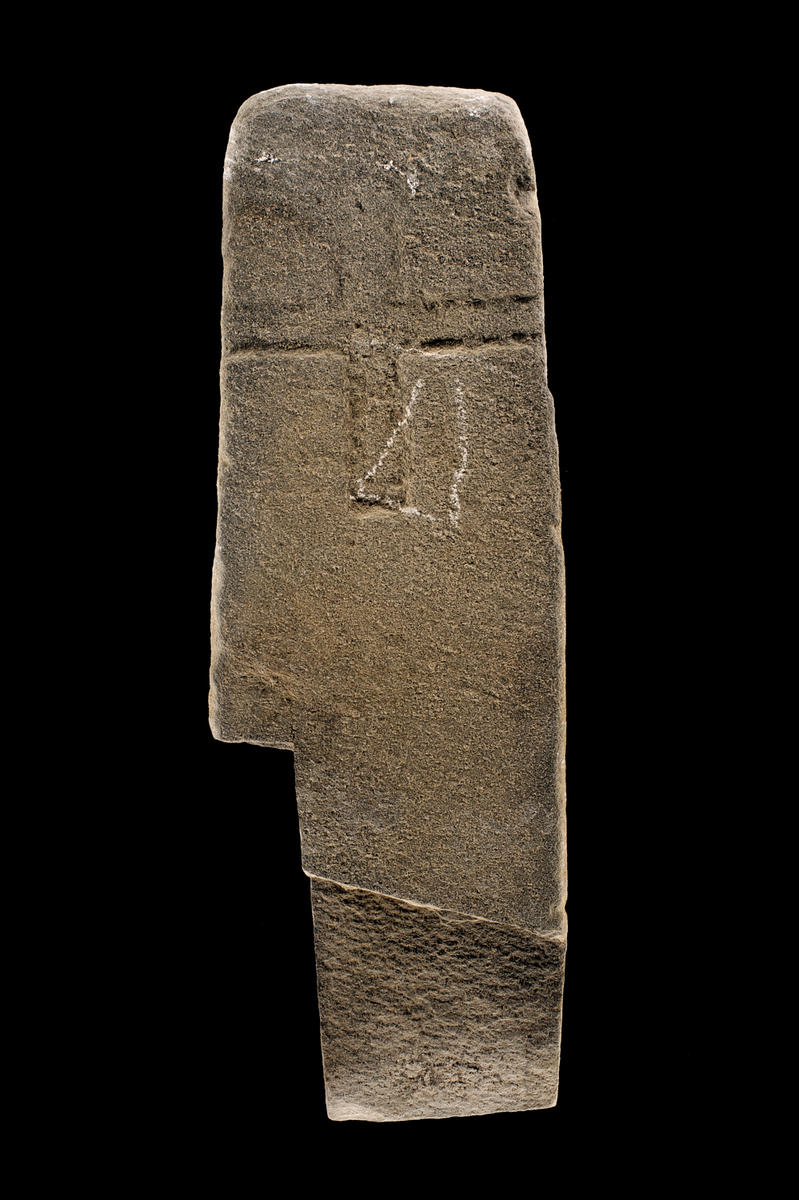 Broken, this seems to have originally been a gravestone that was designed to lie flat. It was decorated with two Latin crosses joined together one above the other. Subsequently it was converted into an upright memorial, a sunken Greek cross being cut on each face. The earlier style of the crosses suggests that it was originally made in the 600s. Associated with Iona Abbey, Argyll and Bute.