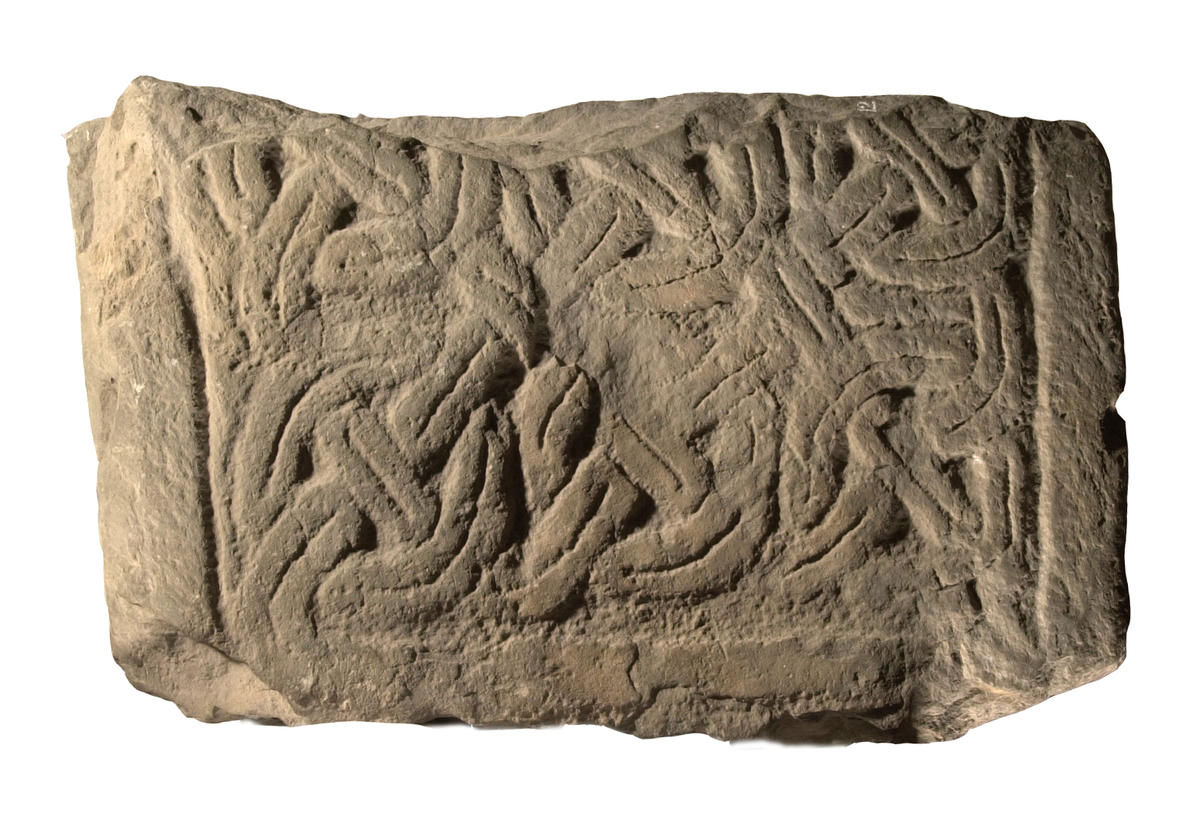 Lower end of a cross shaft. On the front is a panel of interlace with three vertical rows of rings. This type of interlace pattern, consisting of simple plaited strands bound together by free rings was particularly popular at Whithorn. It gives the impression of rather complicated interlace but is simpler to accomplish. On the back a similar design is engraved in outline but the background has not been cut away, leaving the design unfinished. On both faces the strands are marked with central grooves and carved in the stopped plait style. ‘Whithorn School’ monuments like this one were probably carved during a fairly short period between 900AD and 1100AD. The stone has been trimmed into a rectangular building block. On display in the Whithorn Priory Museum, Whithorn, Dumfries and Galloway.