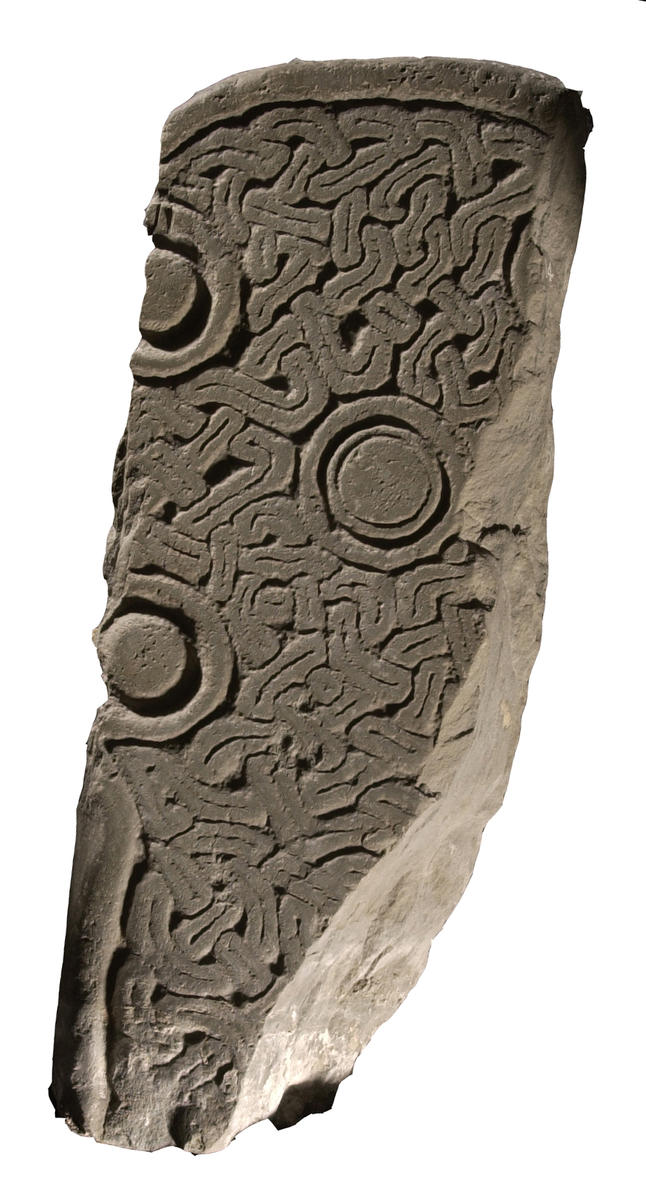 Cross head which is now incomplete. On the front is a cross with a slight central boss and expanded arms, separated by circles. A wide border encloses the cross. The head and shaft are filled with irregular interlace marked by a central groove. On the back is a similar cross. This stone belongs to the period before the ‘Whithorn school’ style became fixed. At this time sculptors had begun using interlace, but were still experimenting with styles. This stone differs from the ‘Whithorn school’ crosses by using different designs of interlace, rather than a single panel of one design. It also has interlace on the head rather than just on the shaft. This stone is also unique in having a different geological type (turbidite mudstone) from all other stones of this period and the ‘Whithorn School’ period (turbidite siltstone). It has been deliberately cut into a rectangular building block for re-use. On display in the Whithorn Priory Museum, Whithorn, Dumfries and Galloway.