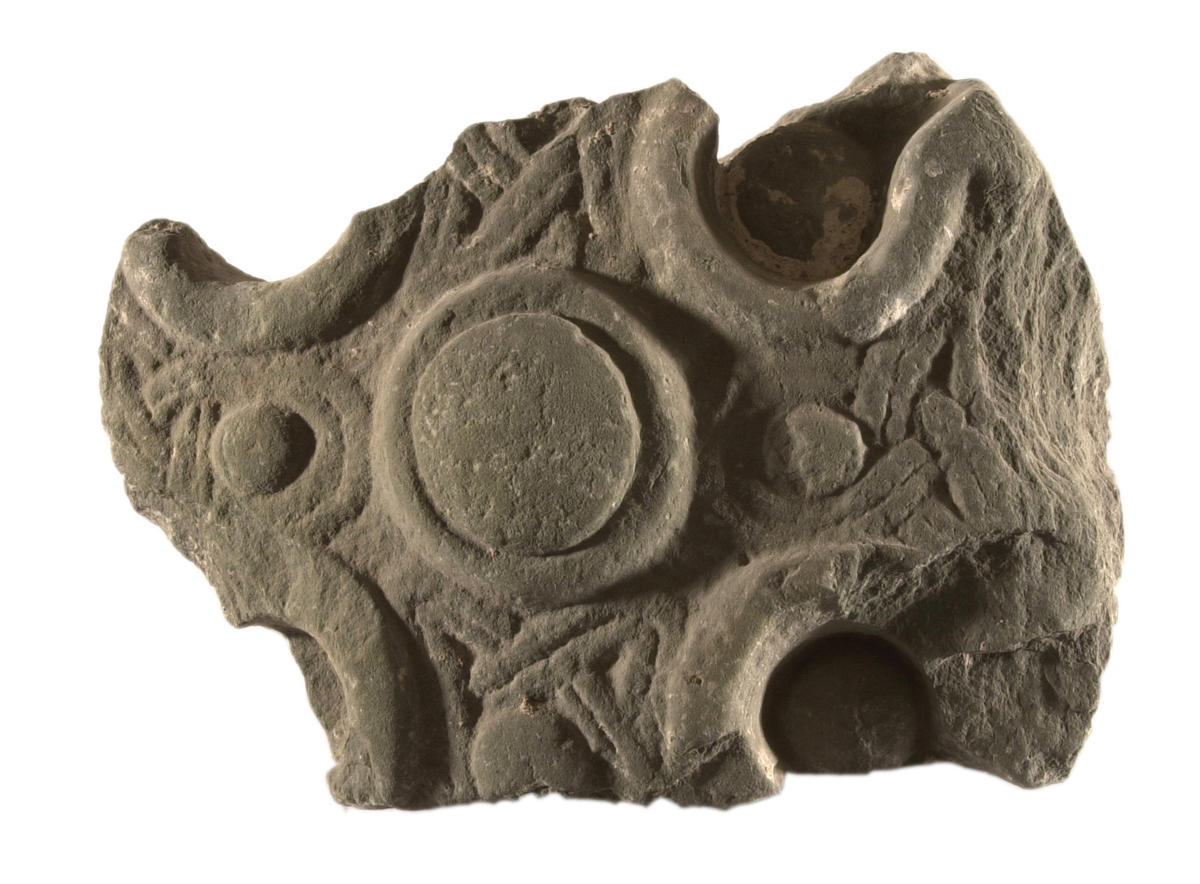 Fragment of a cross head with expanded arms, a central boss and four sinkings between the arms. There is interlace on the arms of the cross. The back is plain. This stone belongs to the period before the ‘Whithorn school’ style became fixed. At this time sculptors had begun using interlace, but were still experimenting with styles. The typical ‘Whithorn School’ crosses has plain heads, but the sculptor has decorated the head of this cross with interlace. On display in the Whithorn Priory Museum, Whithorn, Dumfries and Galloway.