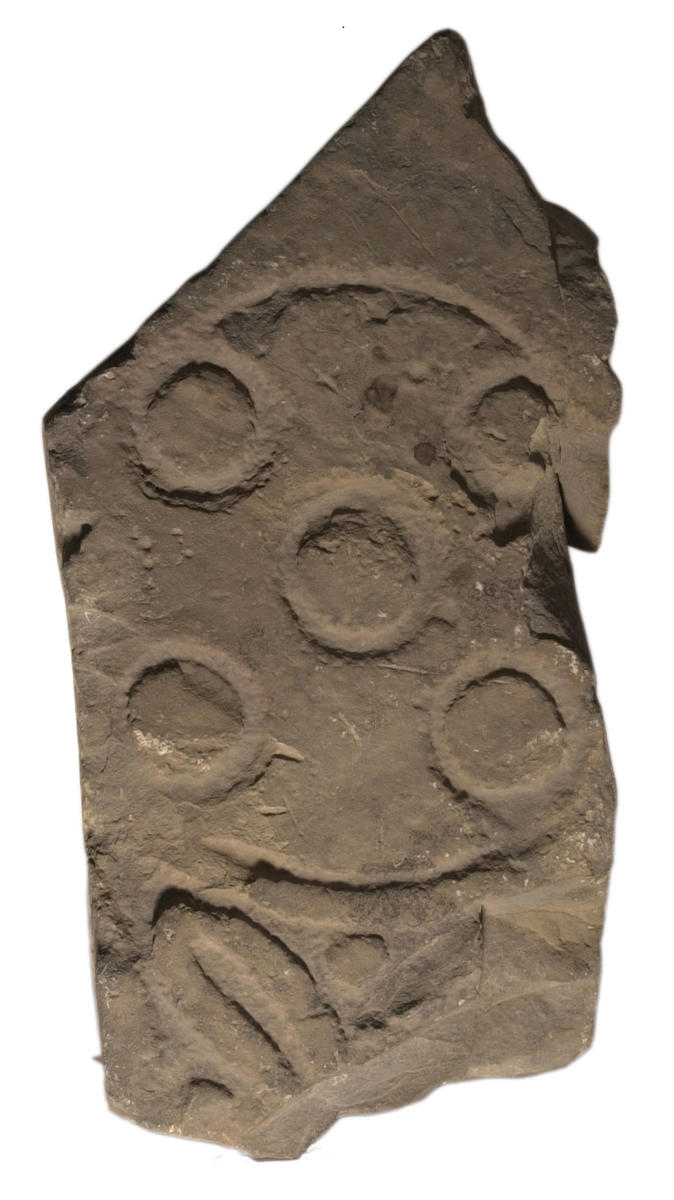 Fragment of a cross incised with a plain circular cross head which has expanded arms and circles representing the centre and the spaces between the arms. There are signs of interlace at the top of the shaft. It was found at a farm at Brighouse, near Whithorn. Numerous crosses carved in the distinctive Whithorn style were sent to outlying churches throughout the Machars. They help us to understand the reach of ecclesiastical control exercised from Whithorn. ‘Whithorn School’ monuments like this one were probably carved during a fairly short period between 900AD and 1100AD. This slab may have been trimmed for re-use as a building stone, or may be unfinished. On display in the Whithorn Priory Museum, Whithorn, Dumfries and Galloway.