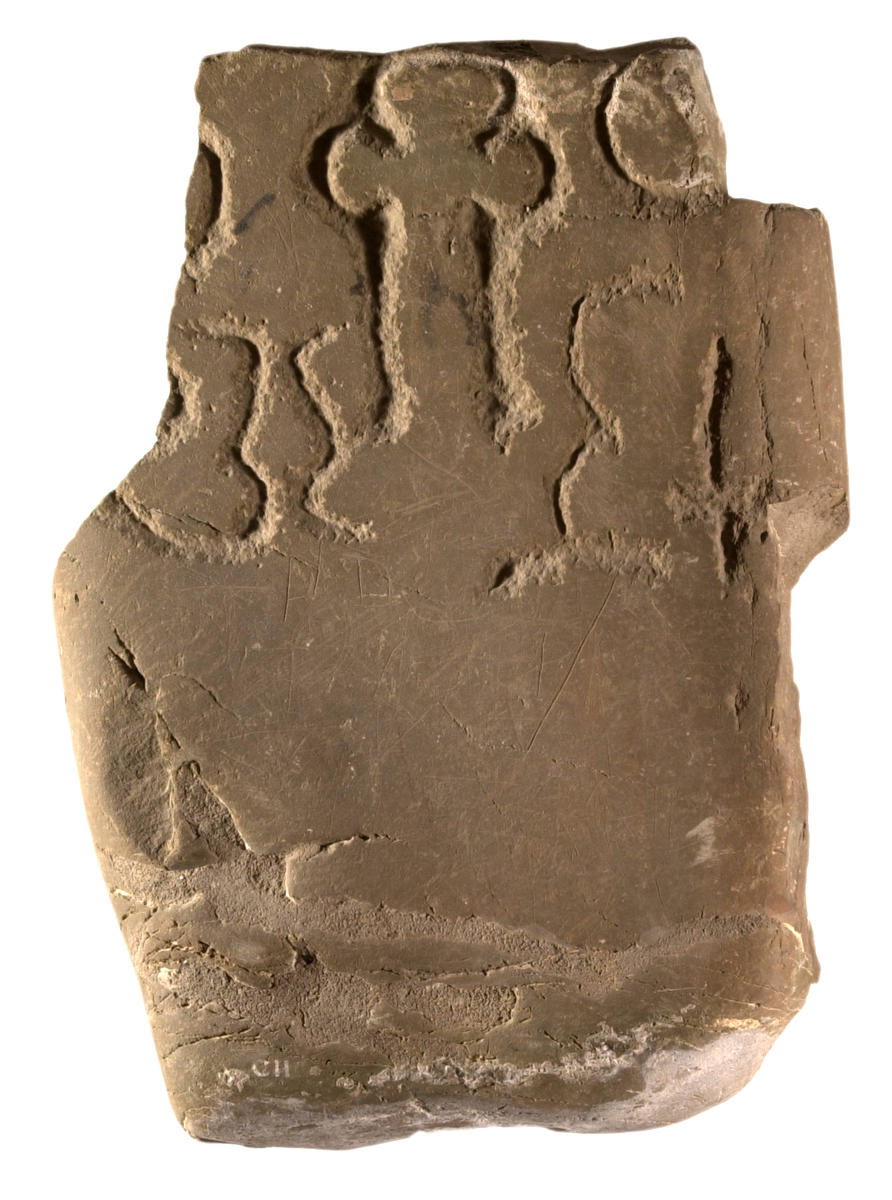 Fragment of a carved stone found at St Ninian’s Cave, Isle of Whithorn. It is decorated with unusual designs which are pecked into the stone. The outline cross with open foot is of a type not seen on any other sculpture from St Ninian’s Cave or from Whithorn. Two other circular motifs could be the sun and moon, but the designs are unclear. The bottom half of the stone is plain, possibly because it was meant to stand in the ground. The stones from St Ninian’s Cave had all been moved from their original positions before discovery. The cave was probably an early medieval chapel. On display in Whithorn Priory Museum, Dumfries and Galloway.