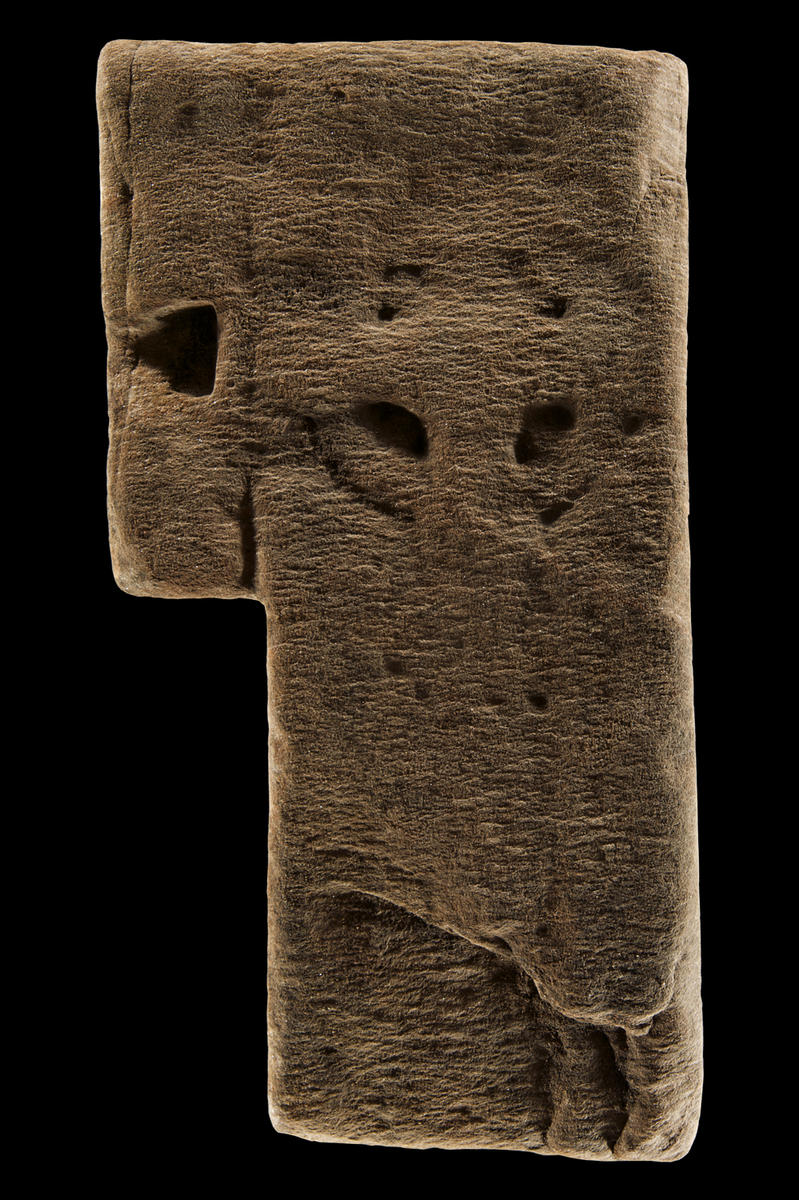 Originally supporting a large cross, this stone was later divided in two. One half was reused as a grave marker. The other half had a socket carved into it to hold a smaller cross. This is a clachan brath or ‘judgement stone’. Look for the round hollow, created by pilgrims rotating ‘globes of white marble’ on the stone as they prayed. The Day of Judgement is due when it wears through. On display in the Iona Abbey Museum, Argyll and Bute.