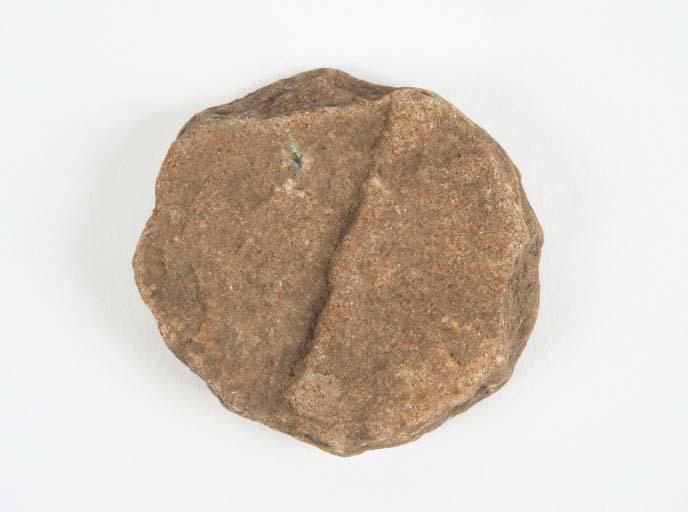 This circular counter was possibly used as a gaming piece. It was found near Castle of Old Wick and is what archaeologists call a ‘stray find’, meaning that it was found by chance. This can happen when objects buried in the ground are disturbed by things such as construction works, farm ploughing, and animal activity.

The Castle of Old Wick was built in the 1100s. At that time, the kings of Norway held sway over Caithness and Sutherland, along with the Northern and Western Isles.

The castle’s history is obscure, but it was likely built by Earl Harald Maddadson. He was half-Norse, through his mother, and half-Scottish, through his father Matad, Earl of Atholl. Harald was earl of Orkney and Caithness from 1159, and he may have intended the castle to be his chief seat on the mainland.

The castle was held during the Wars of Independence in the early 1300s by Sir Reginald le Cheyne, Lord of Duffus, who supported Edward I of England. There’s no record of any action at the castle in this period. It later passed to the Sutherlands of Duffus.

The Old Man of Wick

The four-storey tower dominates the castle complex. The seaward side collapsed long ago, and the castle is in an advanced state of ruin, but some features still survive:

Remains of other structures lie behind the tower, though these have not yet been archaeologically excavated.

Find out more about Castle of Old Wick