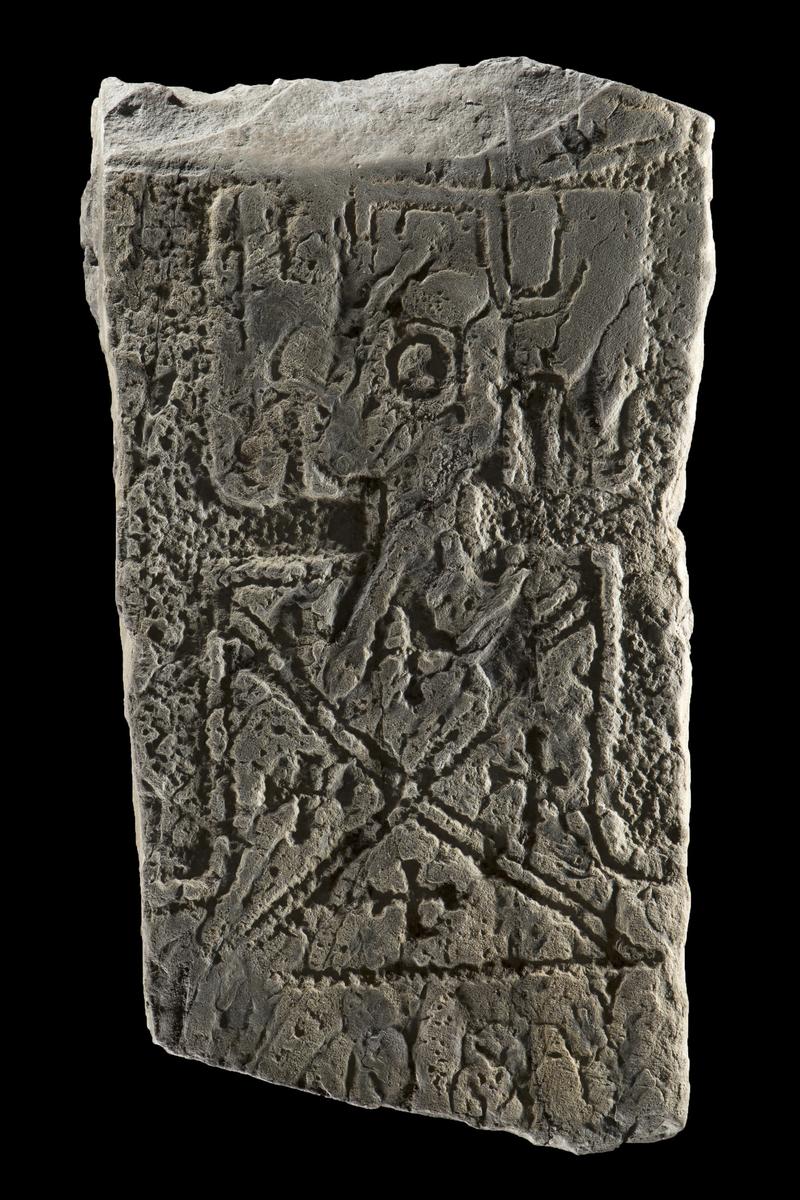 This carving depicts a hammer-headed cross as indicated by the position of the circular boss at the centre. The panel below is an interesting design unique within Scotland. A rectangular frame bears a saltire cross, and the four divisions are each filled with an equal-armed linear expansional cross. The key to its interpretation lies in the five crosses of this panel which may reflect the consecration ritual of an early medieval Irish church as requiring five consecration crosses, the same as that required to consecrate an altar. The bishop then had to write the alphabet across the floor from corner to corner twice, resulting in a saltire or chi-cross made of letters, representing the spreading of the word to the four corners of the earth. Found with other early Christian carved stones at Kirkmadrine, Dumfries and Galloway.