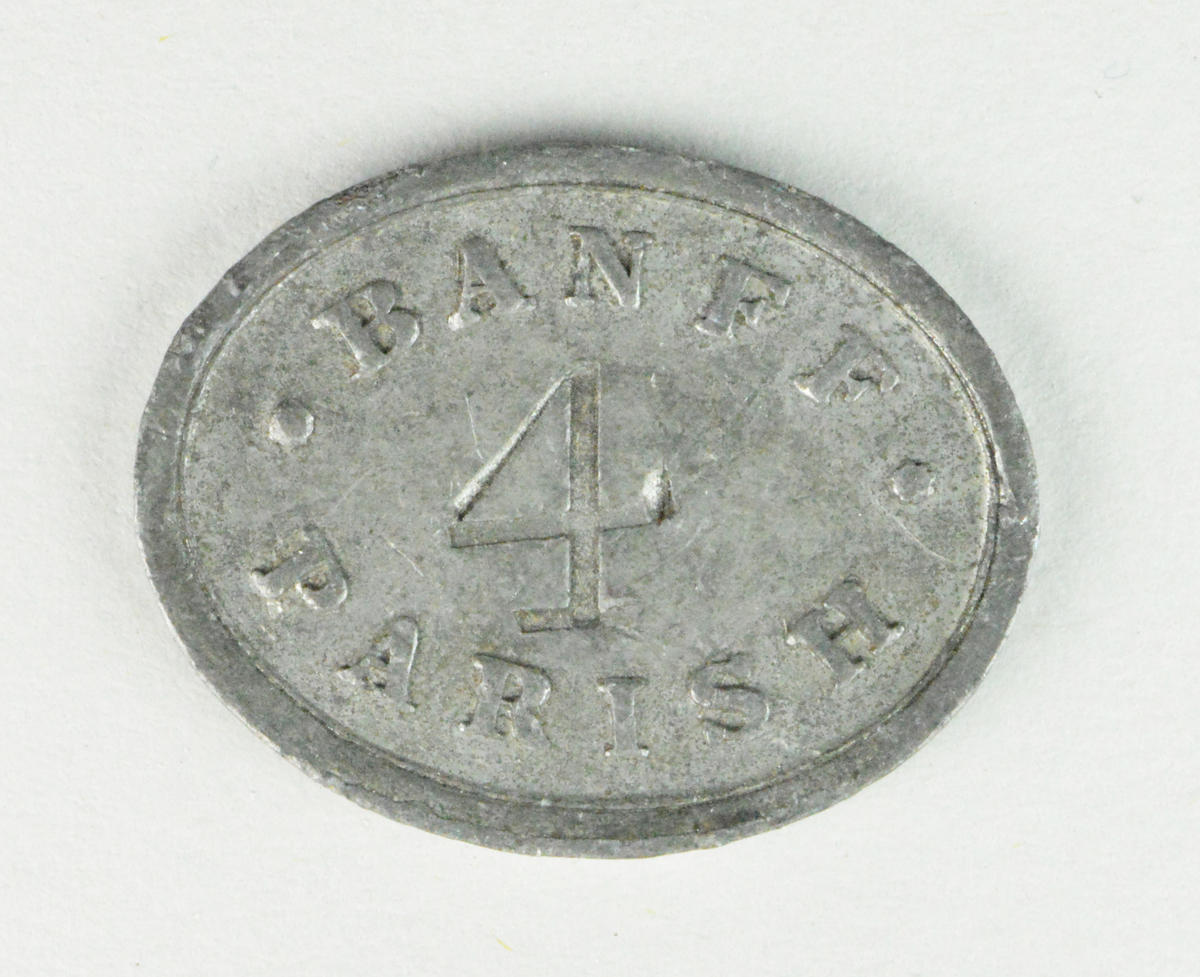 Communion tokens are made of lead and other metals. They were given to people by the Church and were used to attend a communion service. This service was held in remembrance of Christ and the last supper. At communion, people are given bread and wine. In the past, people disagreed about what was the right religion to follow. These tokens provided a way of identifying those who belonged to the reformed religion. They also kept out spies. This token is from Banff, Aberdeenshire, and probably dates to the 19th century.