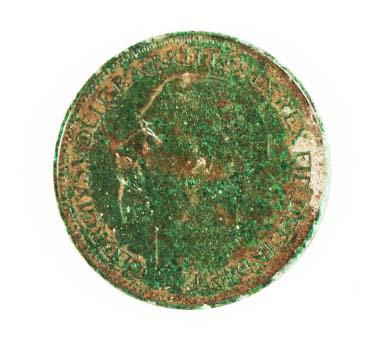 This coin is a farthing. It was made in 1927, when the United Kingdom had different coins to those we use today. A farthing was worth ¼ of a penny.

This penny was made during the reign of King George V. We can see his head on one side of the coin. Written in Latin is ‘George V by the Grace of God, King of all the British territories, Defender of the Faith, Emperor of India’.

The other side shows Britannia, a mythical figure who personifies Britain. This side also has the year 1927 written on it.