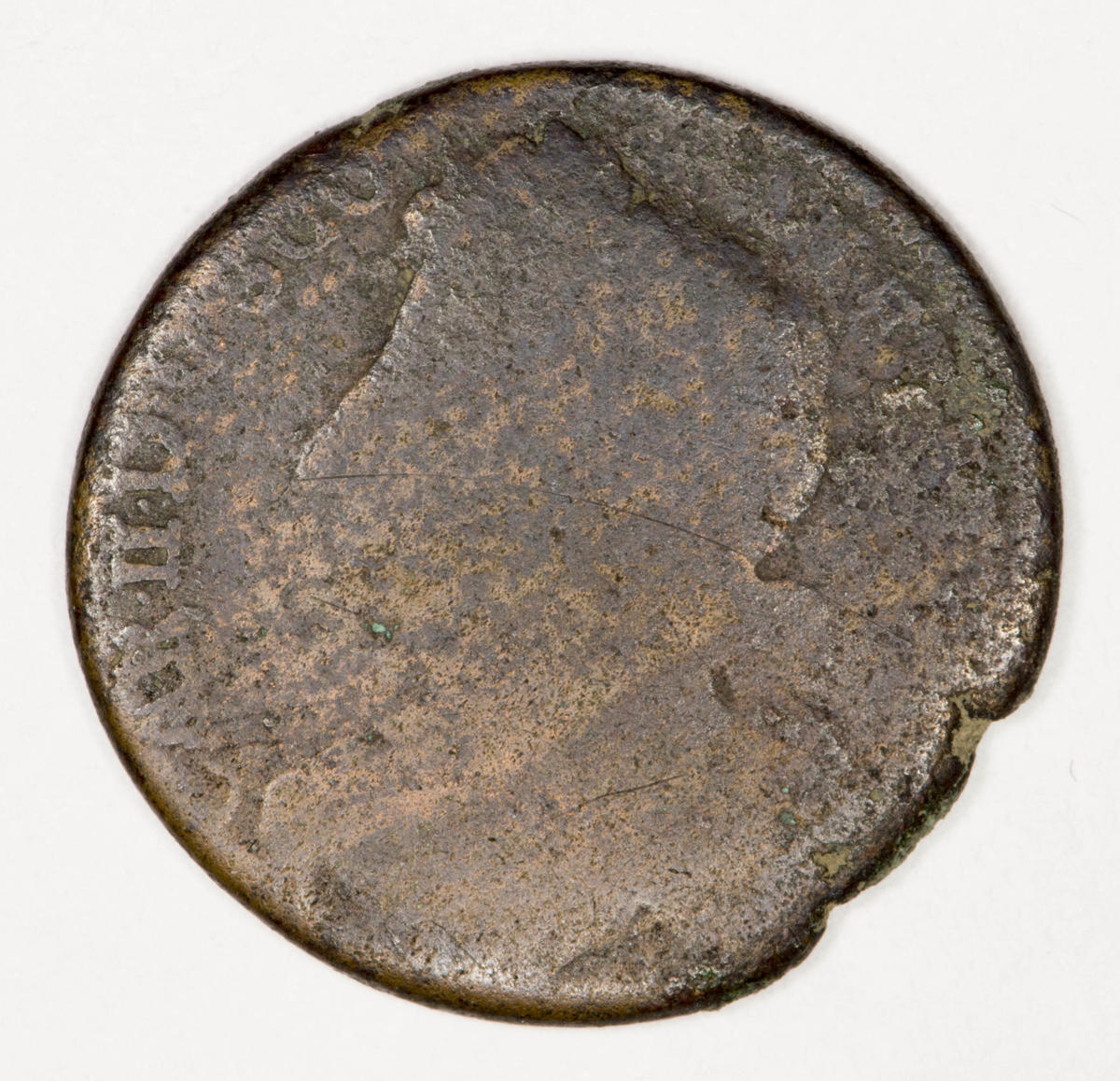 This Scottish sixpence or bawbee found at Leith was issued in the reign of Charles II (1649–85). The copper coin features a bust of the king facing left. This is in the ‘laureate head’ style, with a laurel wreath crowning the figure. A crowned thistle takes centre place on the reverse.

Charles II was declared King of Scots shortly after Charles I, his father, was executed in 1649. He was crowned at Scone on 1 January 1651, but fled to Europe soon after. This was his second period of exile due to ongoing conflict throughout the British Isles and Ireland.

No coins were made until Charles II was restored to the English throne in 1660. And not a single gold coin was issued during his reign. This copper bawbee dates from 1678.

The legend translates as ‘Charles II by the grace of God King of Scotland, England, France and Ireland’. In Latin, it reads: ‘CAR II DG SCOT AN FR ET HIB R’. On the reverse is a motto meaning ‘no one shall hurt me with impunity’: ‘NEMO ME IMPVNE LACESSET’.

Bawbees are named after Alexander Orrok of Sillebawby, the mint master at the time coins of this value were first made, around 1539. Back then, bawbees were made of billon, an alloy. The name carried on even after Scots money was replaced with sterling in 1707. As the Scottish sixpence had been worth a halfpenny sterling, bawbee was still used for a halfpenny.