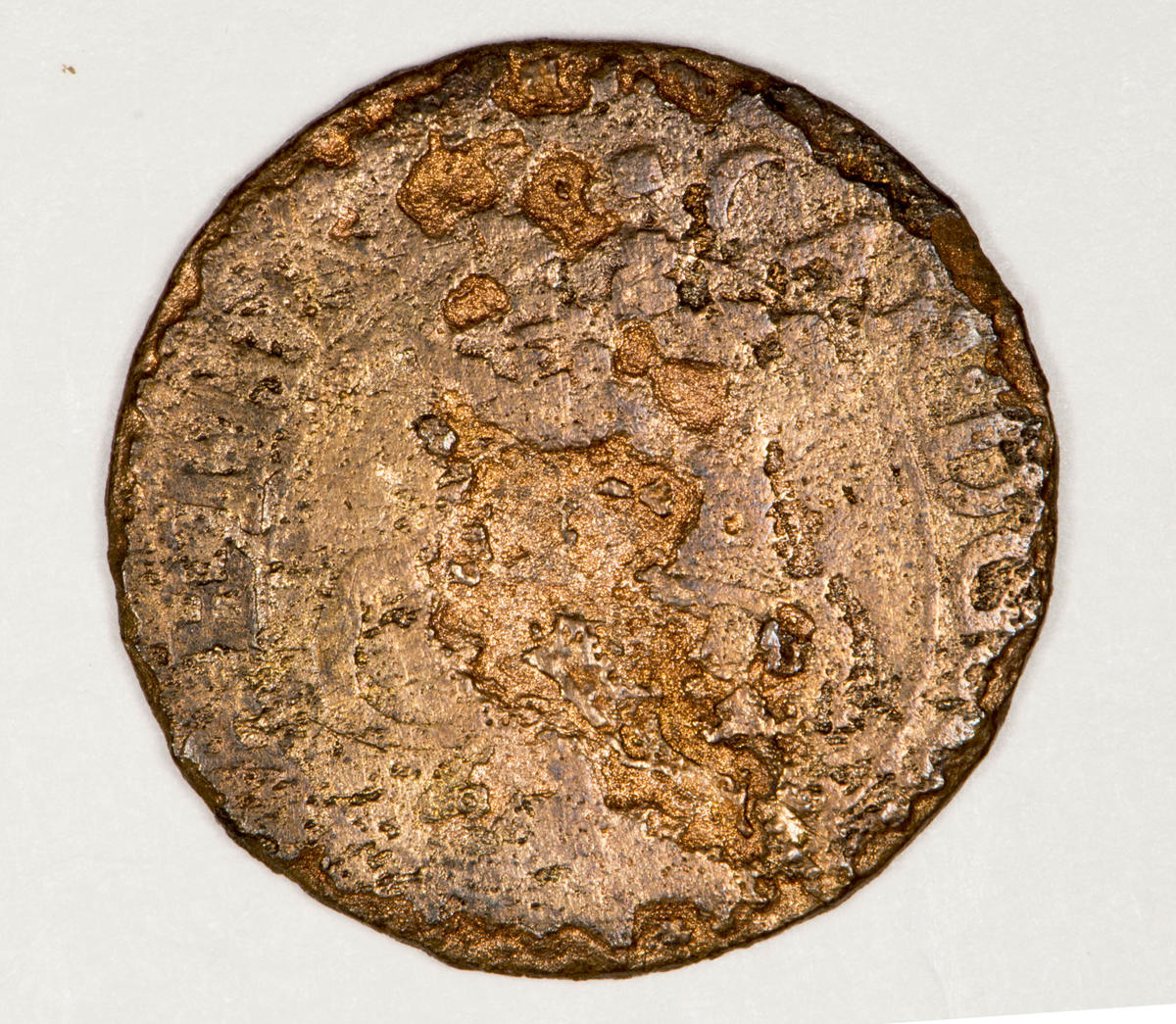 Charles I (1625–49), whose reign ended in civil war and his own execution, did not have his Scottish coronation until 1633. Worth two pence Scots, this turner is an example of copper coinage made during his Scottish reign.

A crowned ‘C R’ for ‘King Charles’ adorns the heads side of the coin, with a thistle in a circle on the tails side. The legend translates as ‘Charles by the grace of God King of Scotland, England, France and Ireland’. The Latin itself reads: ‘CAR. DG. SCOT. ANG. FRA. ET. HIB. R.’

The Latin on the reverse means ‘no one shall hurt me with impunity’. It is written: ‘NEMO ME IMPVNE LACESSET’.

Back then, a two penny piece went by two names: turner and bodle. The first may come from ‘tournois’, the name of a French coin. The second is possibly after the Earl of Bothwell.