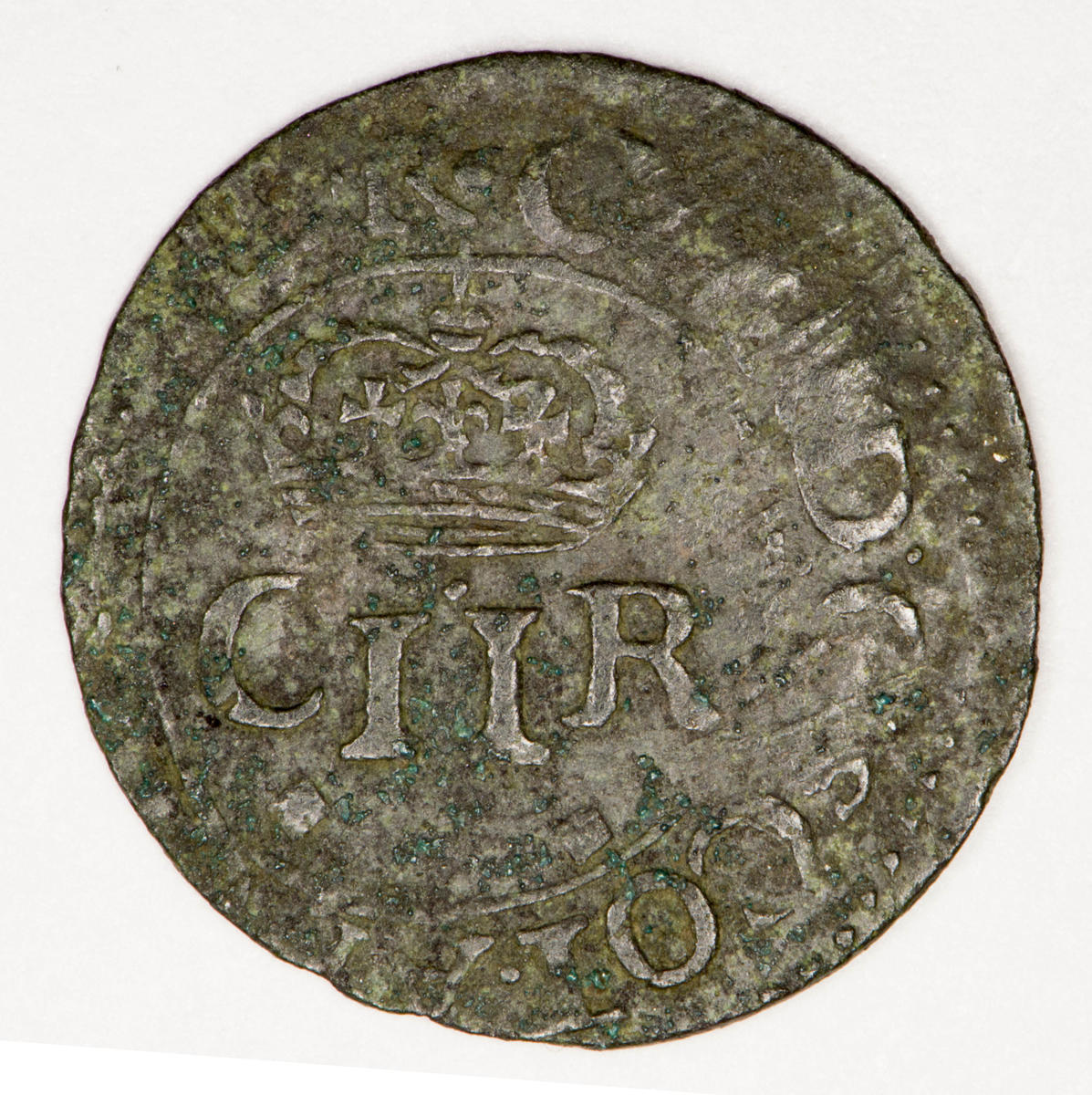 Charles I (1625–49), whose reign ended in civil war and his own execution, did not have his Scottish coronation until 1633. This turner issued during his reign shows the English crown above ‘CIIR’ for ‘King Charles’ on its heads side. A thistle in a circle is on the reverse.

Worth two pence Scots, this turner is an example of so-called Earl of Stirling coinage. The earl had thought it would be useful to issue low-value copper coins for use in Scotland.

The legend translates as ‘Charles by the grace of God King of Scotland, England, France and Ireland’. In Latin, it reads: ‘CAR DG SCOT ANG FR ET HIB R’.

The motto on the reverse means ‘no one shall hurt me with impunity’. It is written: ‘NEMO ME IMPVNE LACESSET’.

This coin is from the second issue (1632–39) of Charles I copper turners. Never before had an issue of coins in Scotland been milled rather than hammered. Nicholas Briot, a Frenchman, introduced the milling process. The quality of English and Scottish coins improved noticeably as a result.