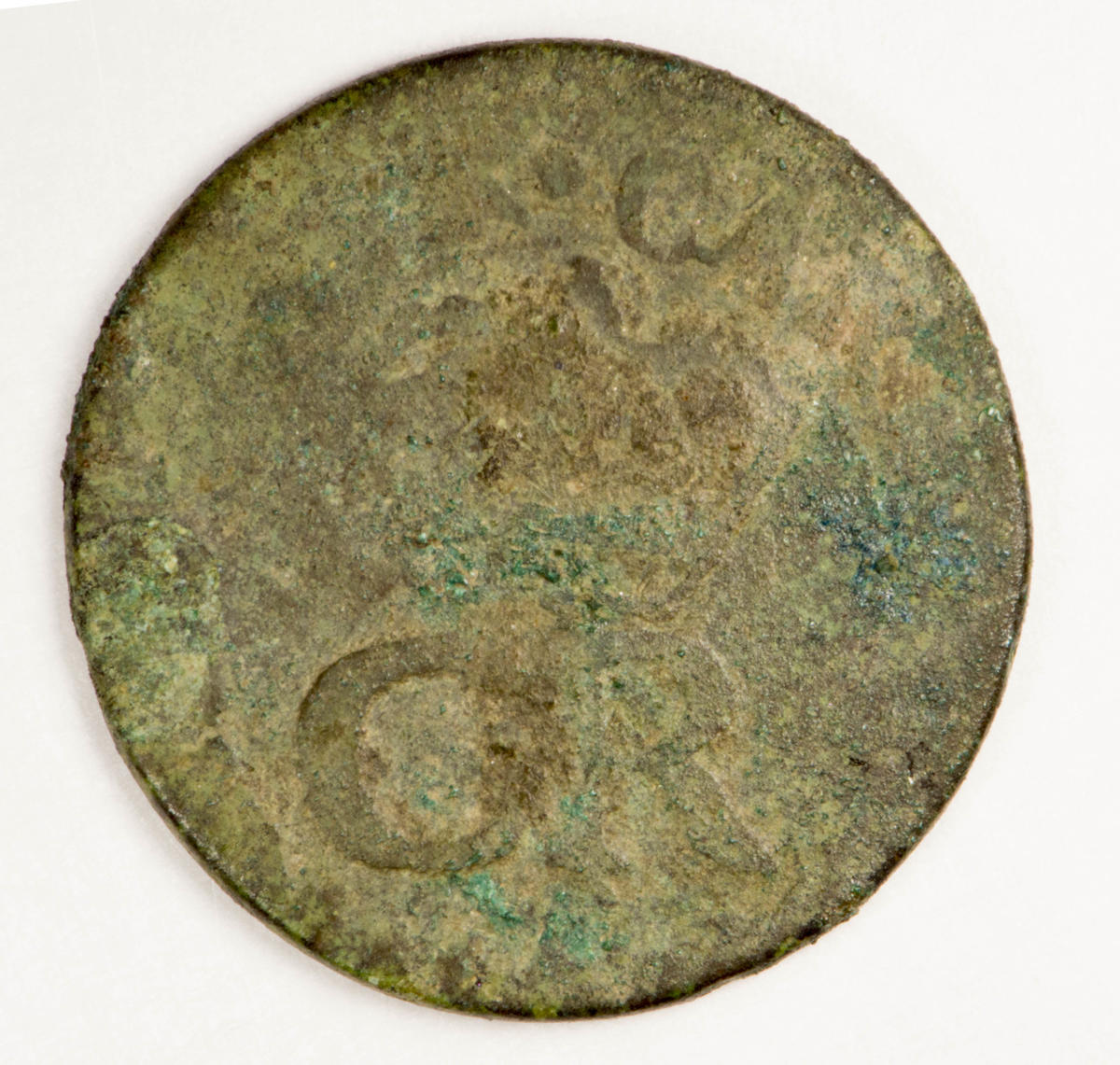 Found at St. Peter's Kirk, Duffus, this coin was worth two pence Scot and offers an example of copper coinage struck during the reign of Charles I.