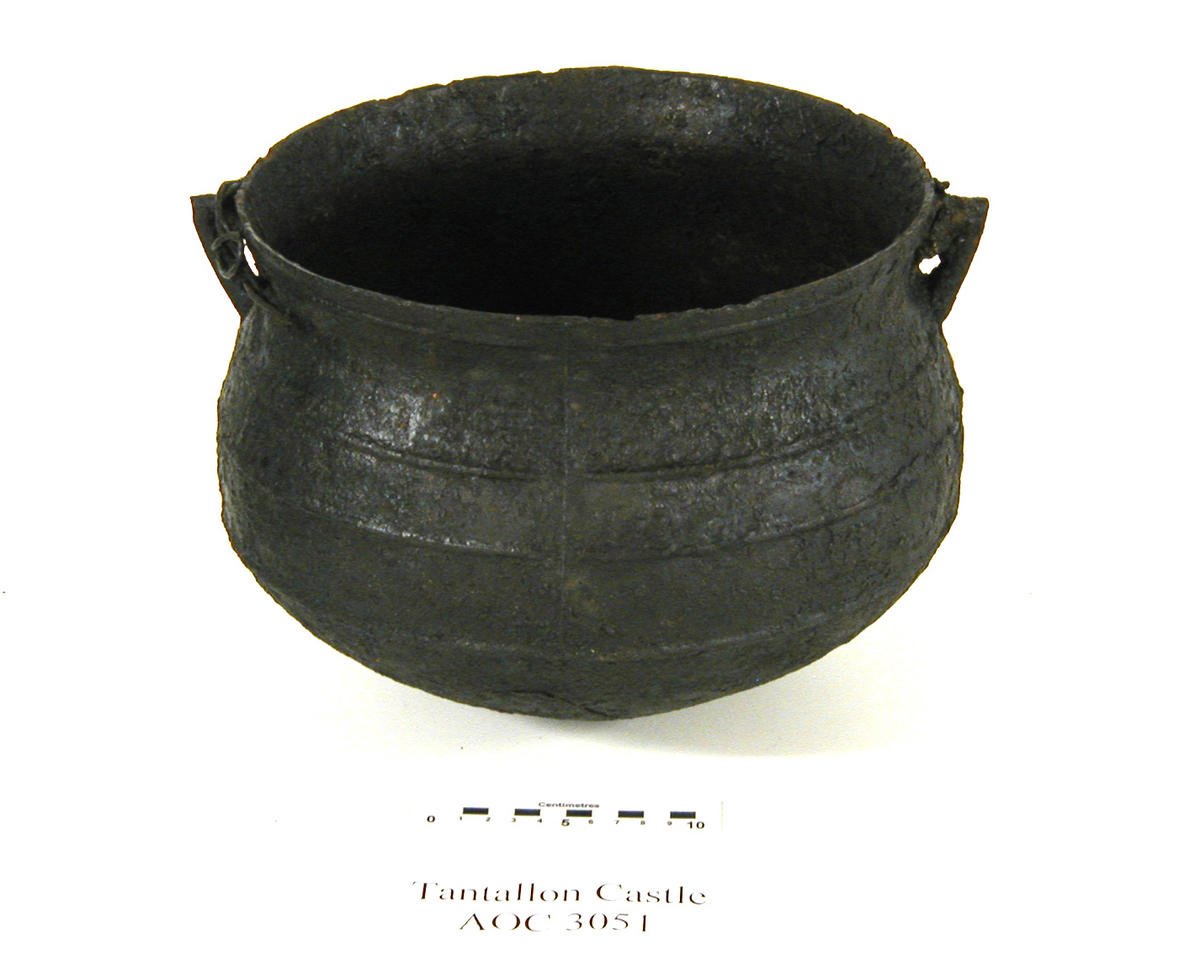 Food was once cooked over open fires in cauldrons like this one. It was found on the beach below Tantallon Castle in the early 1990s. Made of cast iron, the large pot is thought to date from the 17th century.

The cauldron is globe-shaped, with a round bottom. There is a rim around the top edge. Two angled lugs on either side allowed the pot to be hung over the fire by a handle. One lug still has a looped piece of thick iron wire attached to it. Four raised lines run around the belly of the cauldron parallel to each other.

Tantallon was the last truly great castle built in Scotland. William Douglas, a nobleman, built the mighty fortress in the mid-1300s, at the height of his power.

This land included the barony of North Berwick.

William was made Earl of Douglas in 1358 – by which time masons may already have begun to build Tantallon.

The house of Douglas split into two branches in the 1380s: the ‘Black’ and the ‘Red’. Tantallon passed to the junior line – the earls of Angus also known as the ‘Red Douglases’. They owned the castle for the next 300 years, often clashing with the Crown.

The castle was besieged by:

Cromwell’s army caused such destruction that the medieval fortress was abandoned after this last attack.

Like the mighty defensive stone castles of the 1200s, Tantallon had:

Tantallon differs from most comparable castles only because of its setting by the sea. The curtain wall once enclosed the entire site – its seaward side has since fallen down – but the castle needed formidable defences on just its landward side.

The castle was built before the age of gunpowder artillery.

In William’s day, its high, thick walls defended against:

In the end, it wasn’t enough. In 1651, Cromwell’s heavy guns ripped out the guts of the end towers.

Historic Scotland excavated several areas of the site in 2013 and 2014 with the help of volunteers.

Find out more about Tantallon Castle