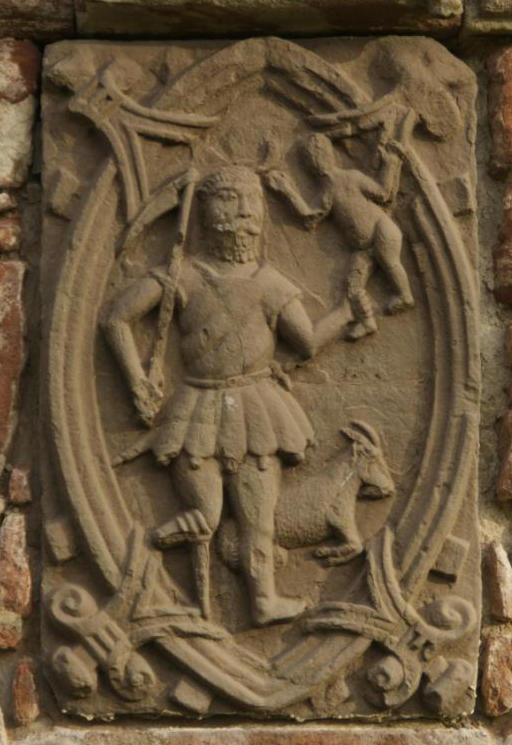 Oval carving depicting Saturn. One of eight panels with planetary deities that were originally set into the east wall of the walled garden at Edzell Castle, Angus. Commissioned by David Lindsay (1551-1610), these carvings are likely to be have been copied from engravings by the German artist Georg Pencz (c.1500-c.1550) that were published in contemporary pattern books.