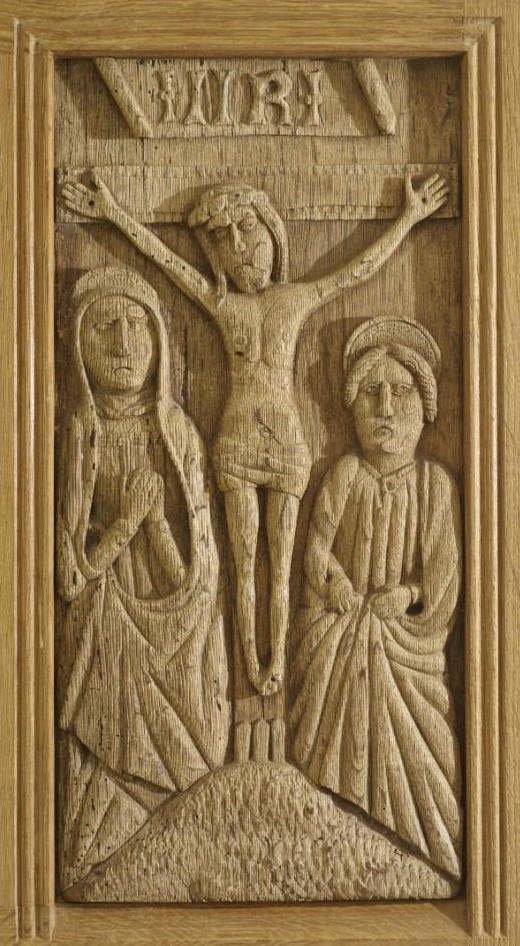 Carved in oak, this panel shows the crucifixion of Jesus – and is a very rare survival of the Protestant Reformation. It is one of eight panels that would have graced the Great Hall of Edzell Castle. Tree ring dating confirms they were made in the 1530s to 1540s. Catholic imagery such as this was often destroyed during the Reformation in the 1560s.

Local historian Andrew Jervise found the panels in the 1850s, in a workshop in Edzell village. In a paper, he said they had once been window shutters in the castle’s Great Hall. He gifted the panels to Lord Panmure (11th Earl of Dalhousie) to return them to Edzell Castle. In 1938, the panels were donated to a predecessor of Historic Scotland for display at the castle.

Analysis tells us that the panels were painted at some point, though their more modern frames were not. We also know that the oak is from the Baltic region.