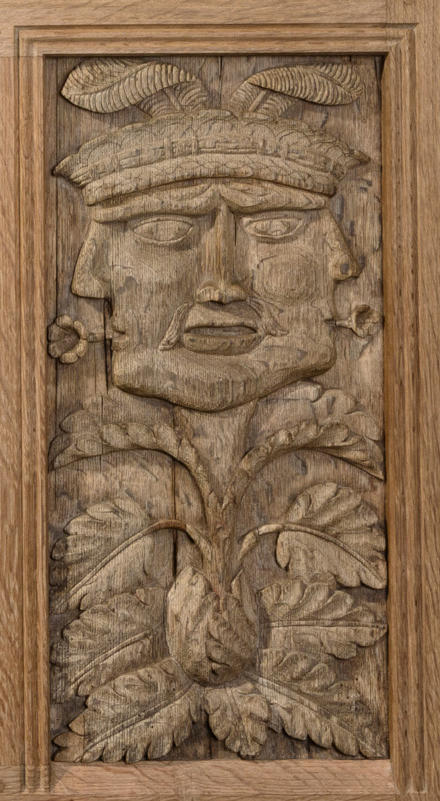 Depicting a head with three faces this is one of eight wall panels that would have decorated the Great Hall of Edzell Castle. Their early date, confirmed by dendrochronology (tree ring dating), between 1530s and 1540s, makes these examples extremely rare. Catholic iconography of this kind was often destroyed during the Scottish Reformation in the 1560s. These survived to be found in a local workshop in the 1850s. Making this discovery, Andrew Jervise, a local historian, gifted the panels to Lord Panmure. The panels were donated to a predecessor of Historic Scotland in 1938 for display at the Castle.