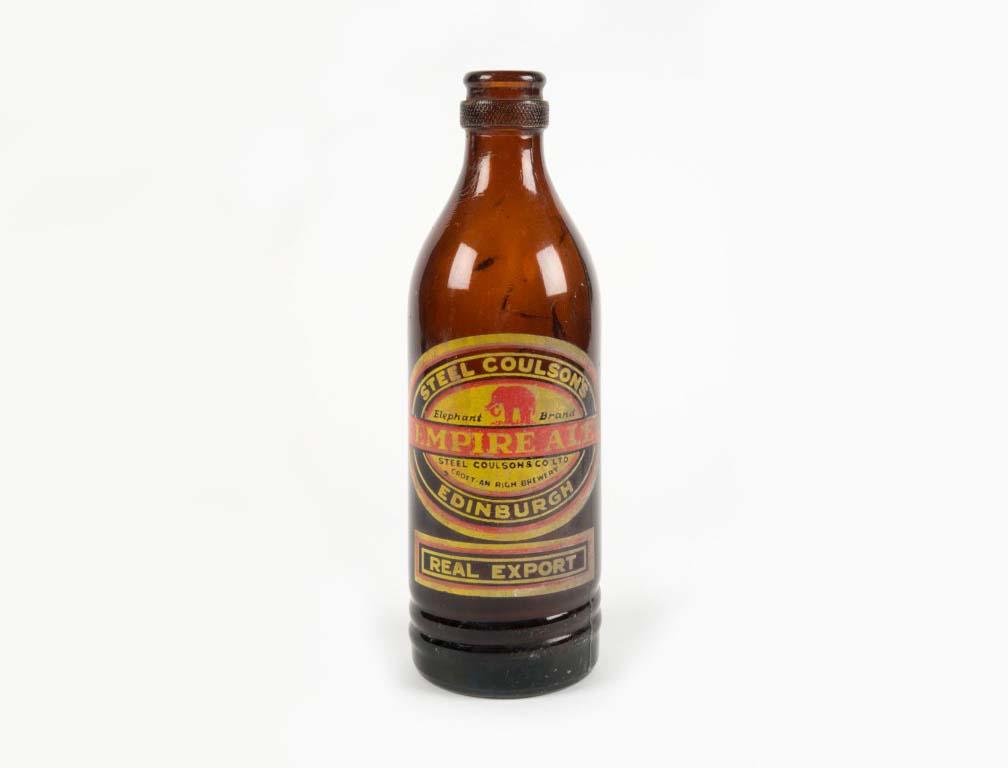 This glass beer bottle was found in Holyrood Park. It was made by brewers Steel & Coulson. They worked in the Croft-an-Righ Brewery from 1874 to 1960. The brewery was next to Holyrood Park, so the bottle did not travel far. The building is still there but is no longer used as a brewery.

Beer was a useful drink in the 19th century as water could make you ill. The process of turning water into beer would kill bugs in it and make it safe to drink.

Mesolithic and Neolithic stone and flint tools found in Holyrood Park reveal human activity on the site since at least 5000 BC.

Bronze Age people farmed the land and lived in small settlements, traces of which survive today. Agricultural terraces can still be seen on the eastern slopes of Arthur’s Seat when the sun is low.

A hoard of late Bronze Age weapons discovered in Duddingston Loch in 1778 is one of the most spectacular finds from the area.

Four Dark Age forts are still clearly visible on the park’s rocky slopes, which were well suited to fortification.

There is one fort each on:

Traces of houses can be seen within the fort on Dunsapie Crag. These are thought to date from the early Iron Age.

Its origins as a royal park lie in its ownership by Holyrood and Kelso Abbeys, and the close relationship with Holyrood Abbey is very significant.

St Anthony’s Chapel, which sits on a rocky outcrop above St Margaret’s Loch, is a highlight of the landscape.

Two holy wells are nearby: St Anthony’s Well on the path to the chapel, and St Margaret’s Well, opposite Broad Pavement car park.

Holyrood Park was a royal pleasure ground for nearly 1,000 years and still enjoys a close relationship to the Palace of Holyroodhouse.

The park was enclosed in the 1500s, under royal direction.

Monarchs who enjoyed visiting the park include:

Prince Albert took a particular interest in Holyrood Park, greatly aiding its conservation. He organised the park’s landscaping in the 1840s and 1850s. This introduced a new drainage scheme and the road layout still in use today.

Find out more about Holyrood Park