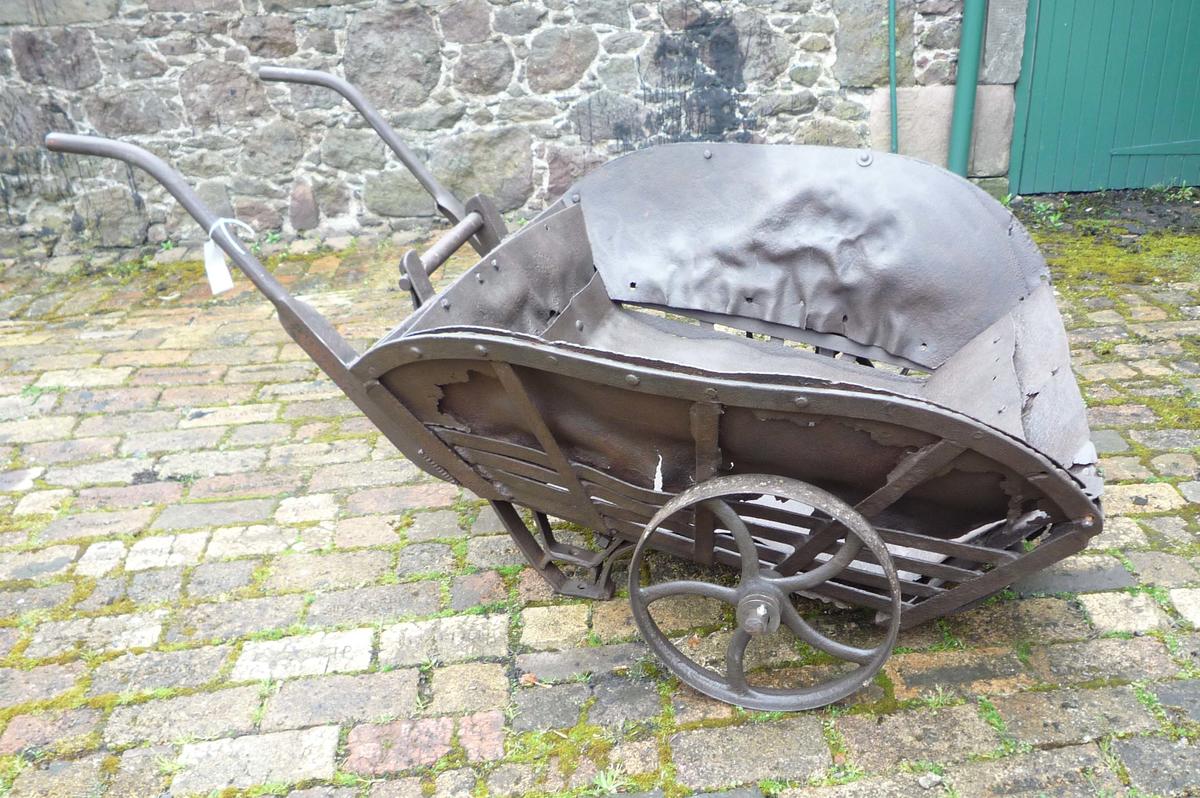 A large coke barrow used at Biggar Gasworks, South Lanarkshire, in the mid-20th century. The gasworks opened in 1839 and produced coal gas for the local area – and coke was a by-product of the process. This two-wheeled barrow made of iron was used to transport it.

The company that ran Biggar Gasworks sold coke and other by-products as well as coal gas itself. Coal gas is made when coal is heated to a high temperature in the absence of air. Once piped to users, coal gas can be a source of heat and light – though it is no longer used in the United Kingdom. Coke is a fuel in its own right and is used in iron ore smelting.