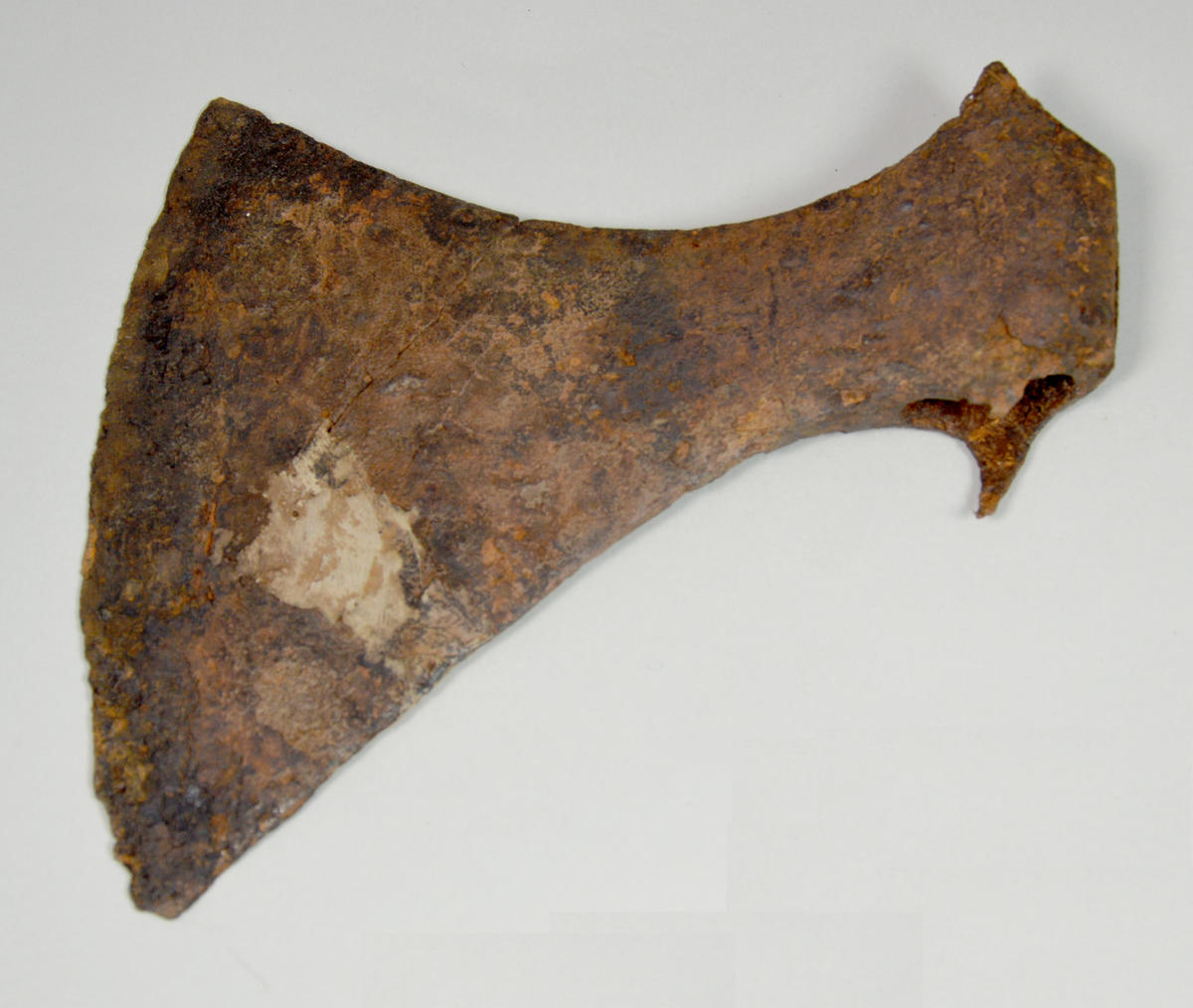 Known as a bearded axe, its splayed blade shape was designed to maximise the cutting edge and minimise its overall weight. Medieval. Recovered during excavations at Caerlaverock Castle, Dumfries and Galloway, 1955-1966.