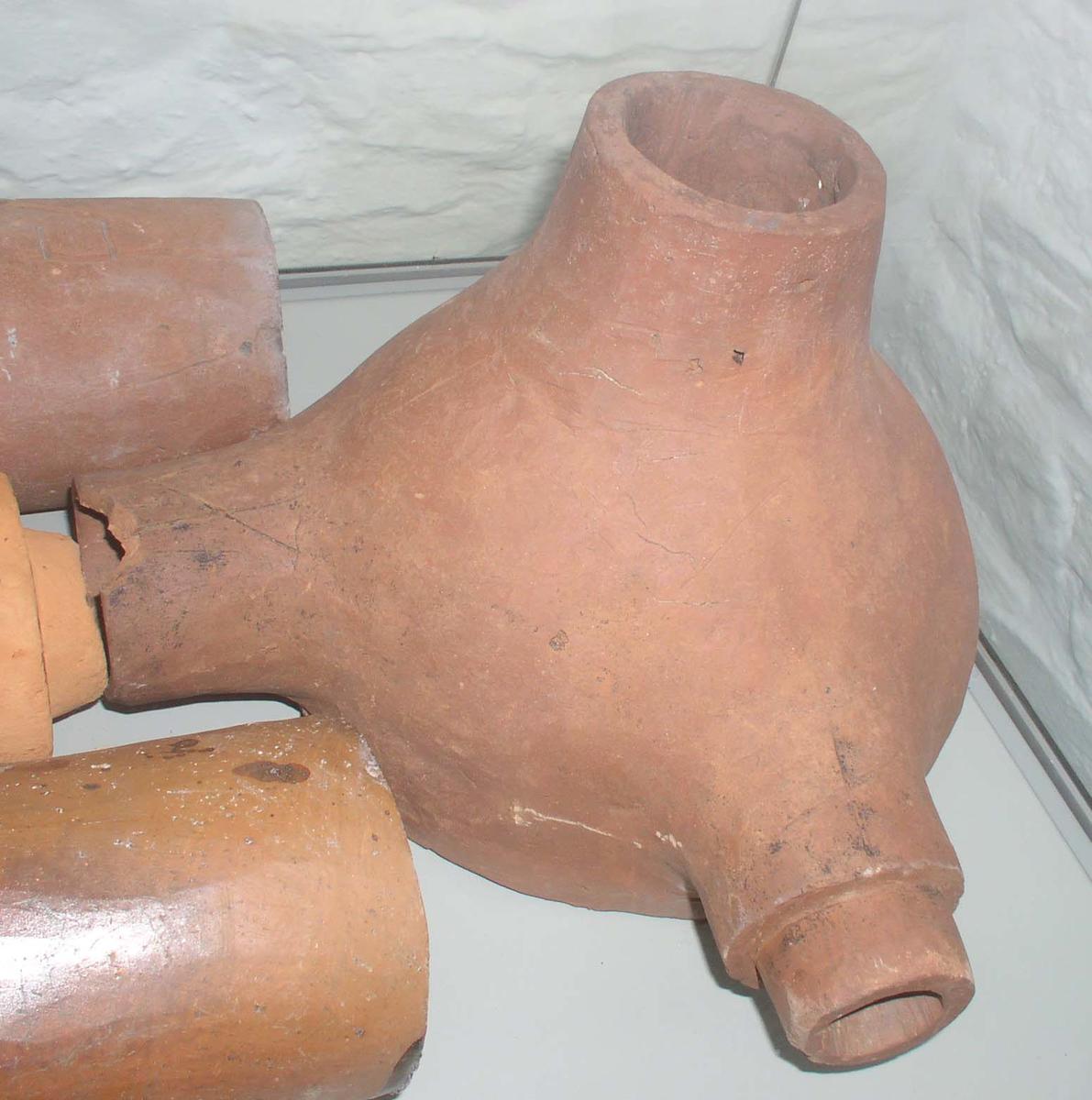 Earthenware junction unit from the elaborately engineered water system at Glenluce Abbey, Dumfries and Galloway, dating from the 1400s. This pipework lay approximately 600mm below the current ground level; part of it can still be seen on the site. Fresh water was conducted by gravity from springs on the nearby hillside through the pipes to the Abbey

Roland, Lord of Galloway, founded Glenluce Abbey around 1192. Monastic life lasted for 400 years, until the Protestant Reformation of 1560. But because no cartulary – or register – for the abbey survives, the history of the community is sketchy.

The white-clad Cistercian monks who settled in this secluded valley of the Water of Luce most likely came from Dundrennan Abbey. They brought with them the austere way of life for which the order was renowned and the sombre splendour of Cistercian architecture.

The 15 monks living here at the time of the Reformation embraced the reformed religion. In return, they were left to live out their days in the crumbling cloister. Abbot Thomas and five monks were still there in 1572, but centuries of prayer came to an end soon after.

The plan of the abbey conforms more or less to the standard format laid down by the Cistercian order. The cruciform church was placed on the north side, to ensure its great size didn’t block out the sun for the domestic ranges arranged beside it around an open cloister.

Substantial parts of the abbey church of St Mary the Virgin remain. They include the south transept and part of the presbytery.

The cloister is less well preserved, but the overall layout of the domestic quarters can be followed. The most impressive surviving building is the chapter house in the east range, built late in the monastery’s life. Its fine entrance doorway, stone-vaulted ceiling and traceried windows still impress. They also convey the atmosphere of peace and serenity so essential to monastic life.

A museum of monastic life

Conservation and repair work began when Glenluce Abbey came into state care in 1933. Many artefacts were discovered during the clearing of the rubble, and these are now on display in the visitor centre by the ruined abbey.

Taken together, these artefacts tell us a little more about the daily lives of the monks across the four centuries they were here.

In springtime, the ruins are home to many swifts. The birds return from equatorial and southern Africa every year to breed.

Find out more about Glenluce Abbey