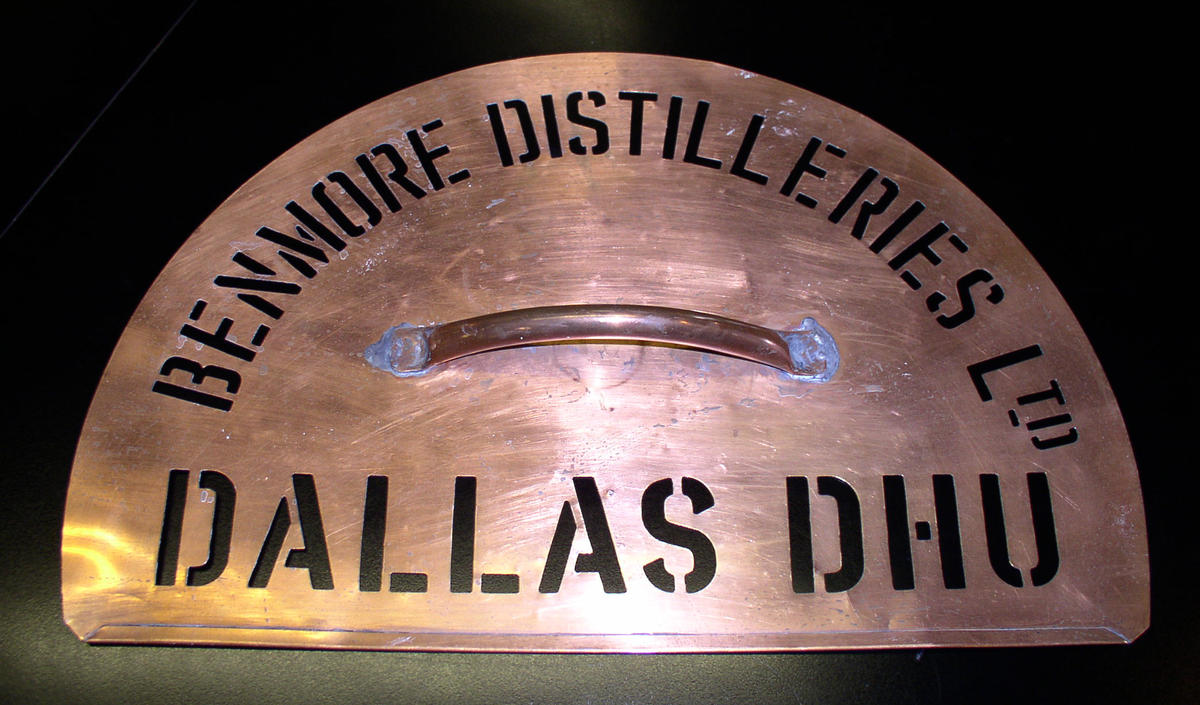 This copper stencil with handle was used to mark whisky barrels at Dallas Dhu Distillery. It bears the company and distillery names: “BENMORE DISTILLERIES LTD.” and “DALLAS DHU”. Benmore Distilleries bought Dallas Dhu in 1921, after the previous owner had gone bust. The company invested heavily in the distillery, but soon sold it on.

Dallas Dhu was sold to the Distillers Company Ltd in 1928 and then passed to a subsidiary company in 1930. That company, Scottish Malt Distillers, held control of the site until production ceased in 1983. Dallas Dhu then passed into state care.