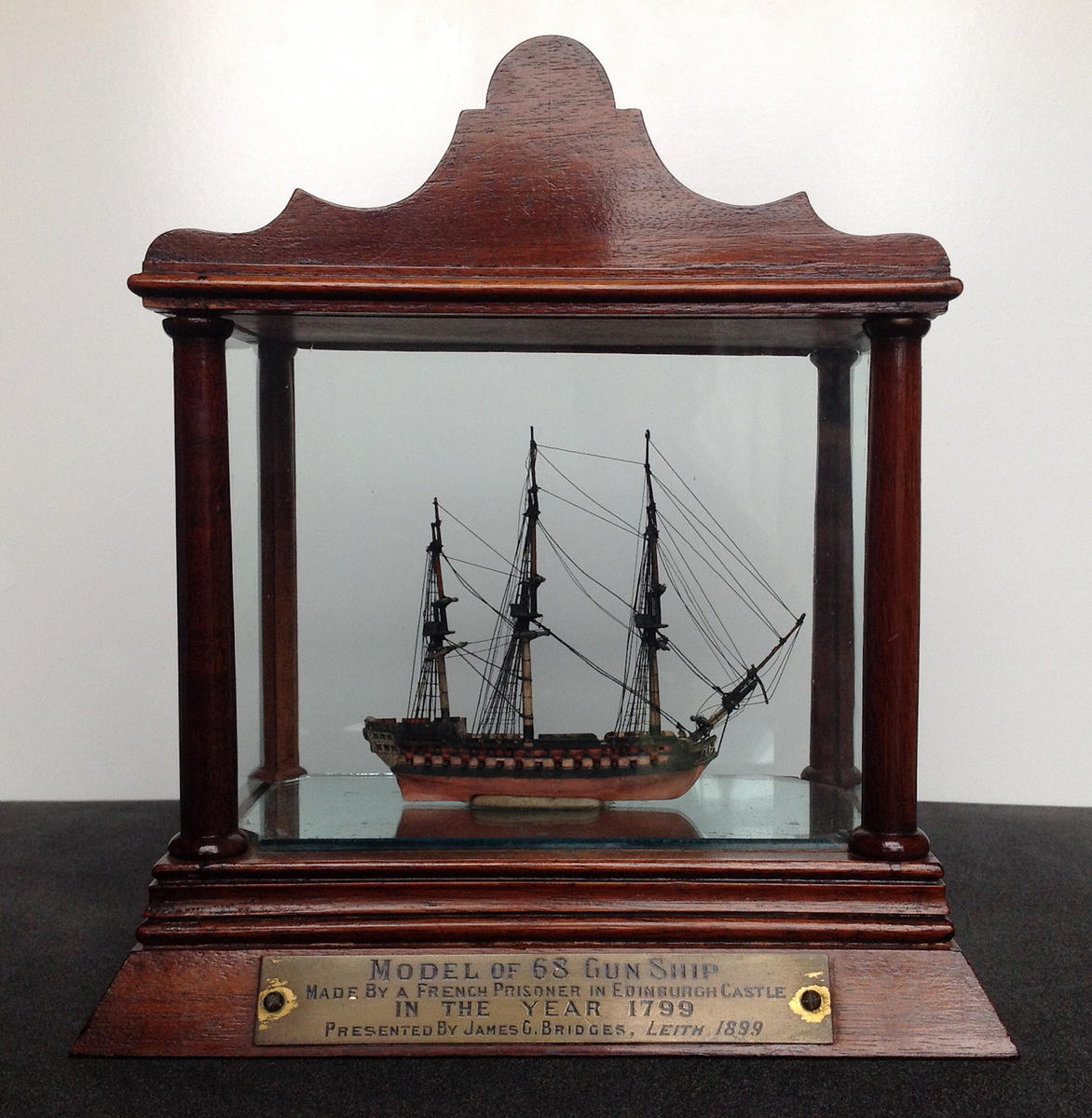 Miniature model of a gun ship with three masts, rigging and some deck detailing.

A brass plaque on the case bears the inscription 'MODEL OF 68 GUN SHIP MADE BY A FRENCH PRISONER IN EDINBURGH CASTLE IN THE YEAR 1799. PRESENTED BY JAMES G. BRIDGES. LEITH 1899'. On display in Trinity House, Leith.

A miniature ship model of a 68-gun ship with 3 masts, rigging and some deck detailing, hull painted red and black, the mahogany glazed case with legend and brass plaque.

This smallest and oldest ship model in Trinity House collections was made by a French prisoner at Edinburgh Castle in 1799.

The crew of a French privateer was brought to the castle in April 1757, and many other captured Frenchmen (mainly sailors) followed, so that by the end of the war there were over 500 incarcerated in prisons beneath the Great Hall.

The castle vaults were used again during the American War of Independence, where several nationalities made up the prison population.

The wars with Napoleonic France saw the climax of the Castle's function as a prison of war. Sailors and later soldiers from Wellington's victories in Spain came to stay in the vaults during this conflict.

The varied origins of these men included Holland, Germany, America, Spain, Italy and of course France.

In the overcrowded and extremely squalid conditions, it was not unusual for squabbles to develop into feuds between the various nationalities.

Between these spells of conflict, the inmates could be quite an industrious lot, making trinkets and ornaments out of bone and wood to sell to visitors. Our model is just one example of their craftwork.