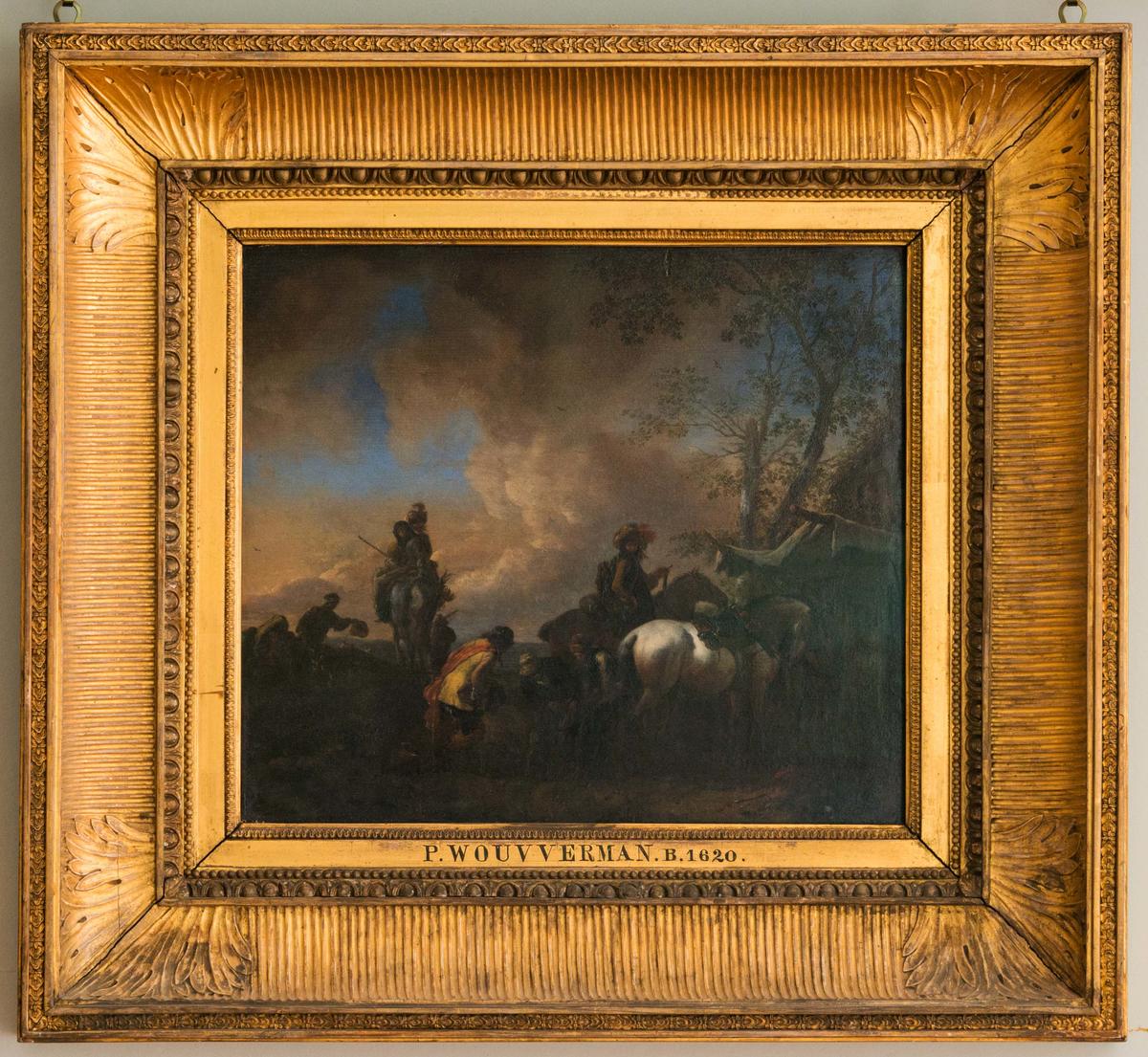 Painting: Soldiers with a Wayside Farrier

Painting: Soldiers with a Wayside Farrier

This is an oil on panel painting by Philips Wouwerman (1619-1668). Wouwerman was a painter of the Dutch Golden Age, a period in the 17th century when Dutch trade, science and art were among the most advanced in Europe. Art of this period was notable for its huge variety of subjects, such as peasant life, landscapes, maritime scenes, and still life of various types. This work is entitled ‘Soldiers with a Wayside Farrier’ and was painted between 1650 and 1660.

The painting is part of the Dunimarle Collection, an outstanding collection of fine and decorative arts brought together in the late 18th and 19th centuries by members of the Erskine of Torrie family, Fife. Notable collectors were Sir James Erskine (1772-1825), a collector of Dutch paintings; Sir John Erskine (1776-1836), who collected books, manuscripts and Oriental ornaments associated with India; and Magdalene Erskine (1787-1872), who collected porcelain, glass and lace.

In the mid-1990s the collection was moved from Dunimarle Castle in Fife to Duff House in Banff, where it is now on display. The collection includes some 1,000 objects and a library with over 4,000 volumes.

On loan from The Mrs Magdalene Sharpe Erskine Trust.