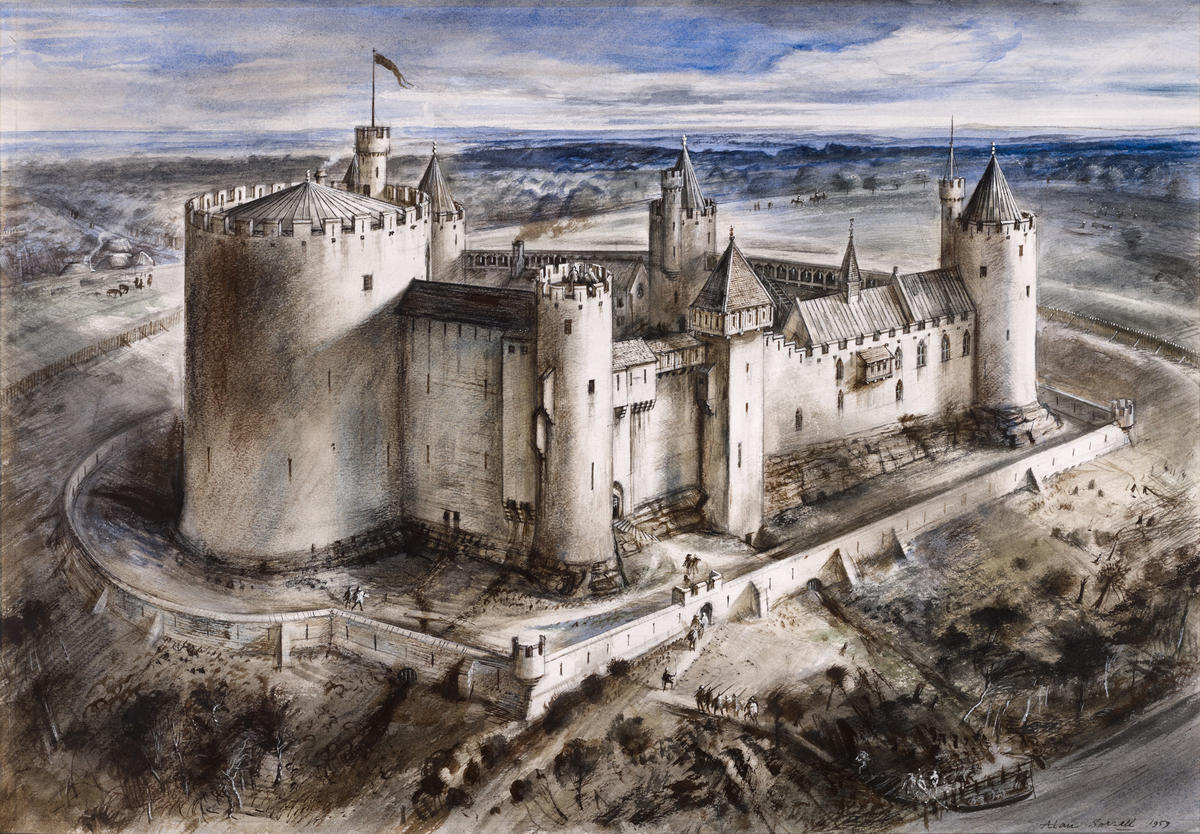 Mixed media drawing in graphite, watercolour and pastel of Bothwell Castle by Alan Sorrell (b1904 d.1974), signed and dated 1959. This archaeological reconstruction of the castle, as it was thought to have appeared in the13th century, was commissioned by Ministry of Works. It was used in early guidebooks and site interpretation.