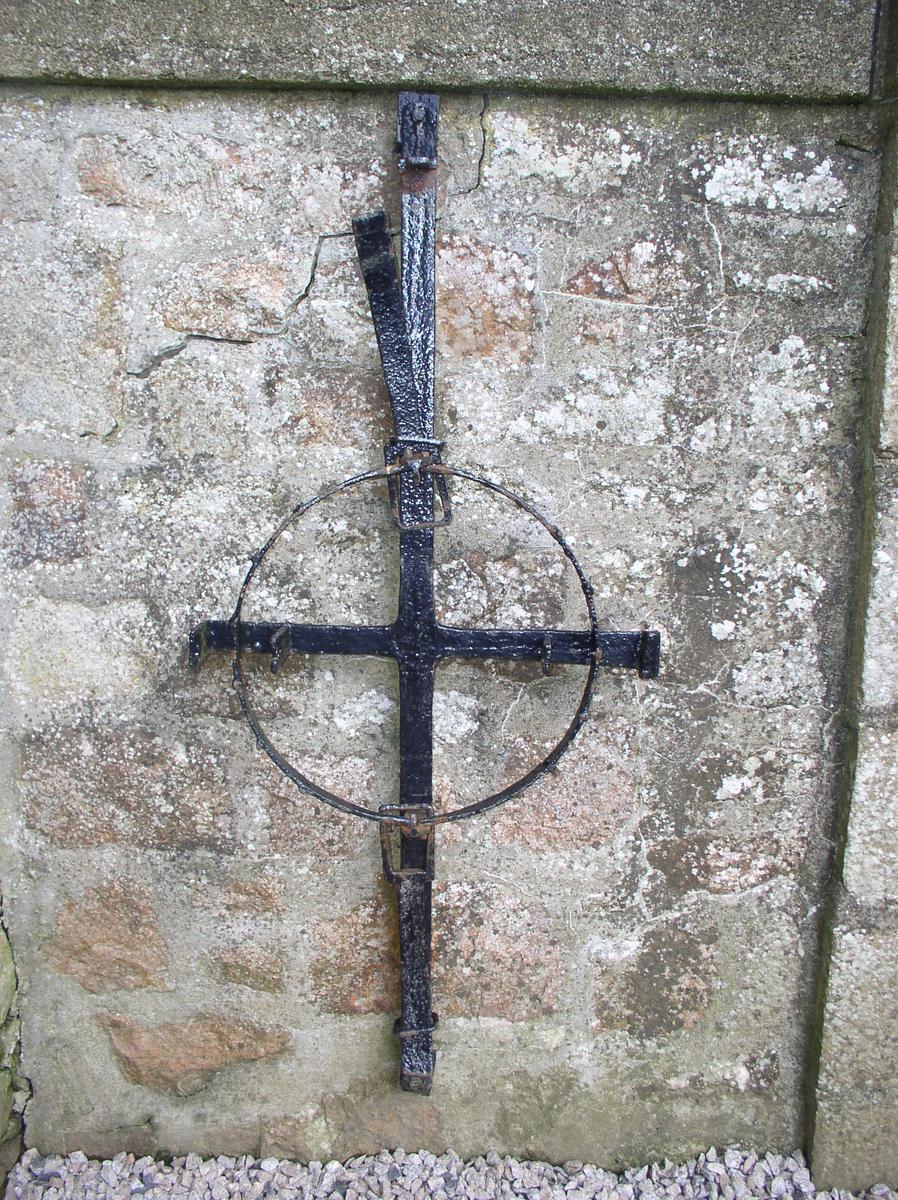 Poachers and trespassers in the late 1700s and early 1800s had to watch out for man traps. Devices like this one, on display at Deer Abbey, were used to catch unwanted visitors on large estates. Man traps were made illegal in 1827.

Only the footings of Deer Abbey remains today. It’s laid out in the classic cross plan: a rectangular presbytery extending eastward from a pair of transepts and a nave with a north aisle to the west.

The abbey was founded in 1219 by William Comyn, Earl of Buchan, though the earlier, and now lost, monastery of Old Deer was probably nearby. William brought Cistercian monks from Kinloss Abbey near Elgin to establish the new monastery. In 1233 they buried their patron in the new church.

It seems to have been a quiet life for the monks of Deer, until the abbey was disestablished in the Protestant Reformation of 1560.

The abbey underwent significant alterations after its last monk died. Little of the abbey’s cloister range remains today, though we can see more substantial ruins where the refectory, or dining hall, once stood.

Life after the monks

In 1587, 27 years after the Reformation, the abbey became the secular barony of Altrie. The south and west ranges were used as ‘the family’s lodgings’ and ‘tenant’s house’ by the late 1700s.

An Admiral Ferguson later took ownership of Deer Abbey. In 1854 he destroyed much of what was left standing and replaced it with a large mausoleum for himself.

The mausoleum was in turn demolished in 1926 by the Roman Catholic Diocese, who acquired the site the same year. All that remains of the mausoleum is its classical portico, which graces the entrance to the site.

Today, there are annual pilgrimages to Deer Abbey.

Deer Abbey is associated with the Book of Deer, a manuscript thought to have been made in the AD 900s. The book wasn’t written at the abbey, but the abbey’s predecessor community did have it in its possession from at least the 1100s. Gaelic notes written in the book describe the founding of the early monastery by St Columba. Such origin legends were often used by churches to increase their status.

The book is now kept at Cambridge University in England.

Find out more about Deer Abbey