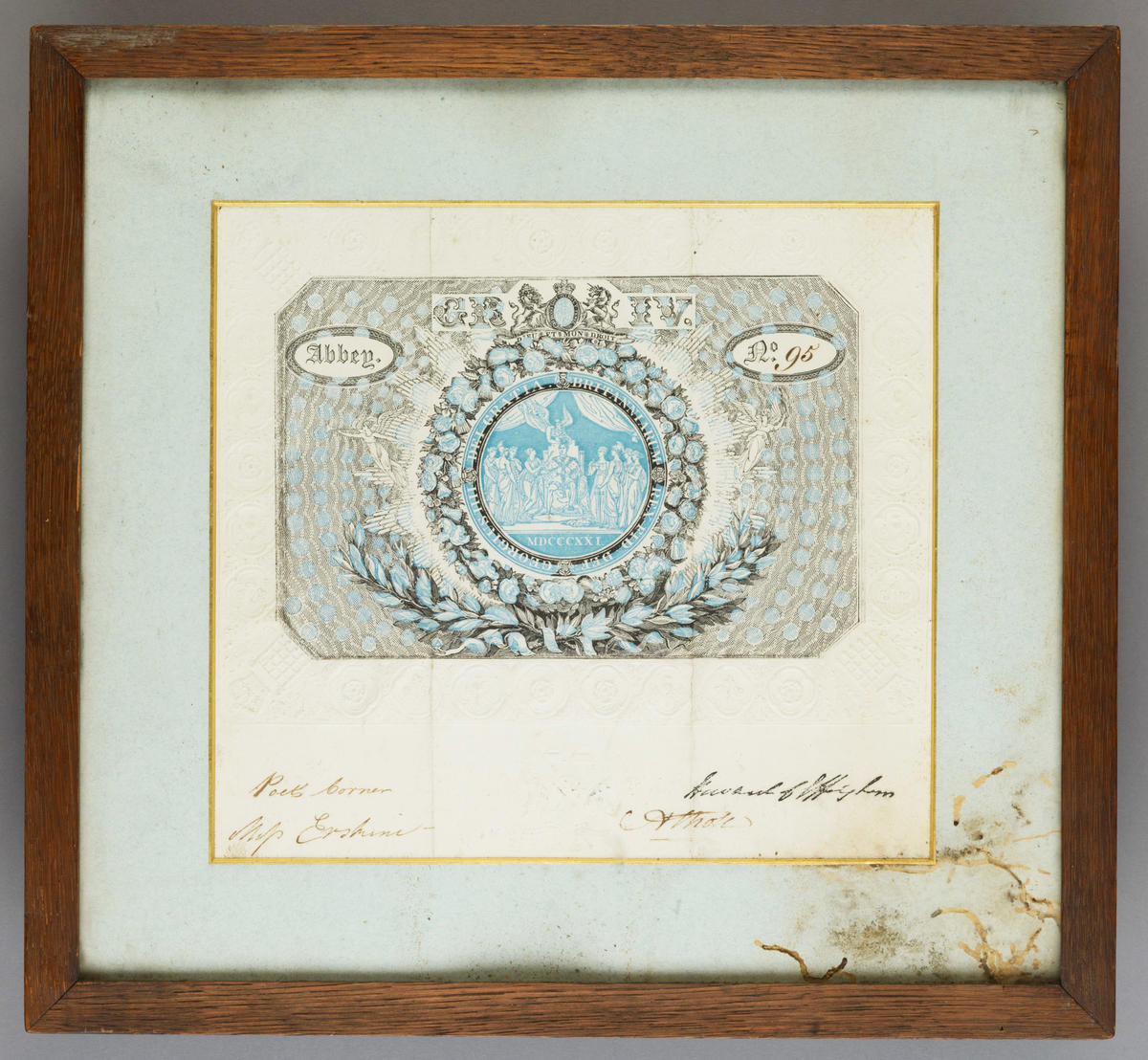 Invitation to coronation of George IV

Invitation to coronation of George IV

Magdalene Erskine, collector of many of the items on display at Duff House, received this invitation to the coronation of George IV on 19 July 1821. Her name is written in ink on the bottom left and the invitation is signed by the Duke of Norfolk and by the Duke of Atholl. The invitation is elaborately printed. This was partly to do with the importance of the occasion requiring something spectacular, but may also have been aimed at preventing the production of forgeries. The central part of the invitation is printed in blue and black, using a process known as compound plate printing. Two engraved and interlocking relief metal surfaces are inked separately in contrasting colours, before being reassembled and printed together in a single operation. This technique manages to produce a wonderfully three-dimensional effect in the wreath of roses which surrounds the central medallion of George IV seated on the throne. From the Dunimarle Collection. On loan from The Mrs Magdalene Sharpe Erskine Trust.